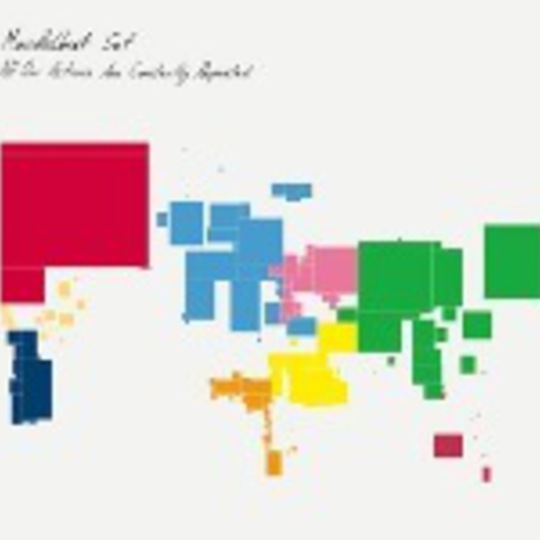 Soldier, this sounds like victory: these shattered souls that lie at your feet and mine, they’ll never hear these towering eruptions, these outpourings of sonic booms and subtle shifts in skyscraper-sized drone-sounds. They’ll never feel their skin crackle as a semblance of calm and control is ruptured irreparably by an arsenal large enough to raze an entire city; they’ll never convulse as shockwaves threaten to tear their body in twine, the pulling of limbs, joints from sockets, so pleasurably painful that merciful death can’t wait long enough. Soldier, these men are at peace, but begrudgingly so.

Soldier, fetch again Mandlebrot Set from their hiding places, in the suburban alleyways of a capital crawling with enemies. Once again into the breach, we must stride; bells will ring of the apocalypse but believe me when I tell you the fallout will rank as the most gloriously beautiful thing you’ve ever heard in your soon-to-be-stolen life. You’ll see stars inside your closed-tight eyelids; your ears will burn but feel soothed, as if a fair maiden – the fairest this failing land can offer – herself were tending carefully to your minor abrasions and niggling burns. She’ll wipe the pain and fear away, and the onset of splendour will arrive as a wash-away wave, spectacular of scale but more awesome of touch. These sparks that fall upon your flesh, worry not about them: they are heaven sent and serve only to precede the opening of a gateway through which we all must one day step.

Know not the hows and whys, and embrace only the present prickling of hairs in places where that fair maiden’s touch could incite such an emotion that the throat might swell beyond its confines and pop the neck like a piece of hose whose open end was blocked by a mountain. Feel the singeing sensation, not in the air but inside the pockets of your lungs and the chambers of your heart. Soldier, acceptance of the inevitable will allow the experience to transcend any suffered on this physical plane previously; soldier, you owe it to yourself to disengage from these rigorous requirements and let this band of brothers in arms lift your spirit as if it were bound for the clouds. These sonic walls, they can be penetrated, but to do so your frame must be flexible and your mind open. You must bend before you break.

Soldier, these fallen many will never know the joy of us few; their bones will rattle to the sound of victory, but their stomachs won’t churn with the swallowing of pride that, if permitted release, would surely focus this group’s aggressions firmly on you and I. These barren lands, they’ll blossom again under such influence; you and I can find tranquillity and hope in songs that expand beyond their proposed boundaries, consuming everything in their path: all matter, all light, all persons. We can do this together, soldier. Strike up the band once more and splinter this bleakness with an obliqueness only true sincerity breeds.