The Colours Are Brighter 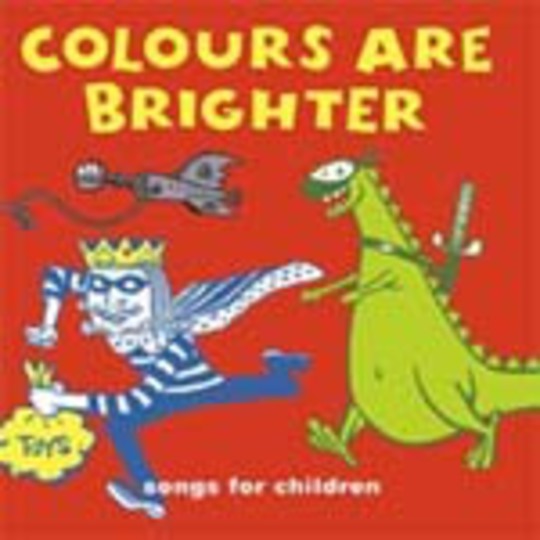 Various artist compilations are not something I tend to invest in, being as they are rarely put together with much care for the discerning listener. In the era of downloads their time must surely be limited, as your average consumer is only a click away from the three or four tracks they actually want from the release.

Being a charity album – Save The Children are the responsible party – Colours Are Brighter: Songs For Children will no doubt be given preferential treatment, but it’s the canny idea of giving the acts kiddie songs to record that is its real selling point. Some thought has been put into choosing the contibutors, too, with a selection of stars both old and new taking part.

One particularly neat choice was getting Jonathan Richman involved; surely the guy was born to do something like this. Oddly, the man himself is out-Jonathan Richman’d with a brilliantly giddy turn by Franz Ferdinand on ‘Jackie Jackson’. Hearing Alex Kapranos singing “there were looooads of cakes” in an affected faux-American gurn of an accent is astonishingly pleasing. Really!

Other highlights include the deadpan electro-smooch of The Barcelona Pavilion on ‘Tidy Up Tidy Up’, Belle & Sebastian’s monkey noises and Four Tet featuring Princess Watermelon making good with the Jurassic era on ‘Go Go Ninja Dinosaur’.

Less enticing are contributions by Snow Patrol (so middle of the road even under-fives will balk at the synth strings), The Divine Comedy - whose musical montage is amusing for two minutes then really tiresome - and The Kooks (truly, truly awful). Still, if you skip a few songs in the middle, there’s plenty of childish fun to be had here.

Exactly how the youngsters of today will get on with this collection is a moot point. However, I would like to put forward the idea of a second volume featuring Country Teasers on ‘Puff The Magic Dragon’ and Coachwhips tackling ‘She’ll Be Coming Round The Mountain’. Oh, go on!