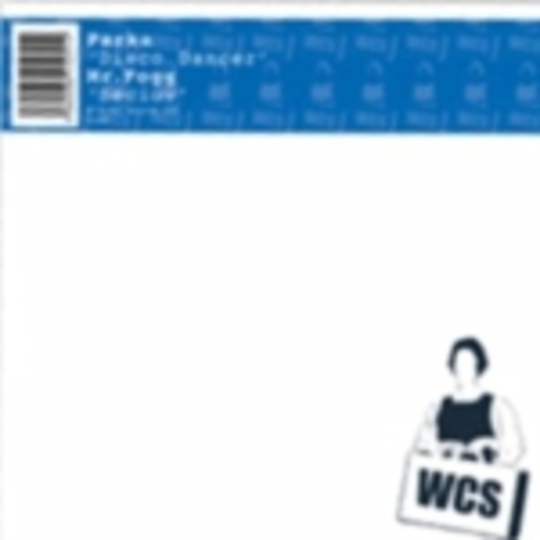 The press release for Worst Case Scenario’s most recent split single is set out like a combat sport’s Tale Of The Tape. Both acts are listed as ‘fighting out of’ their respective locations, with ‘career stats’ below. In some ways, it’s a shame there’s no physical contest to determine the victor, as it has all the makings of a classic good-versus-evil bout.

Fighting for the Dark Side are Glaswegians Parka, whose Zane Lowe-endorsed ‘Disco Dancer’ sounds a little like The Rapture’s four-to-the-floor disco drum beat meeting The Automatic’s pop-by-numbers songwriting, only with the irritating yelping keyboardist replaced with a team of victorious amateur footballers shouting “disco dancaaaa!!!” in the post-match showers. It’s not much of an improvement, but at least it’s not ‘Monster’. The lead singer’s tendency to abandon his lines in favour of “woah-uh-ohhh” gets irritating quite quickly, though.

Should this have been a real fight, then, the smart money would be on Mr Fogg. Using a looped, reversed speech sample as a backing track and adding another lead vocal over bass, keyboards and beats both processed and live, ‘Seciov’ is a one-man wall of intelligent electronica. Easily comparable to the more commercially-accessible moments of Radiohead’s recent back catalogue and - as even the main vocal line of the chorus is cut, pasted, reversed in places and re-arranged come the song’s climax - there’s even a simple, superficial touch of Aphex Twin about it all. The vocals aren’t the strongest you’ll hear this year, but it’s a decent leap forward from Fogg’s 2005 EP, Giving In.

I don’t think this one will have to go to the judges.