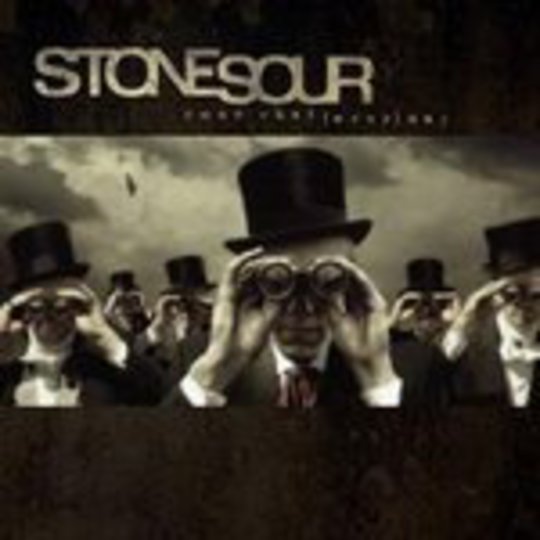 While Slipknot have shifted truckloads of records, raking in various awards left, right and centre (and will continue to), Corey Taylor needs *Stone Sour *to express the more sensitive side of his personality. Come What(ever) May, the band’s second album, is far from being the creation of a mere side project.

Now boasting the recruitment of former Soulfly drummer Roy Mayorga, the album has the necessary crisp and brutal drumming to back up Jim Root’s crushing guitars, displayed perfectly in ‘Reborn’.

There is a clear and bold attempt at diversity with many powerful grunge rock anthems and marauding metal tracks filling out the album, as well as a smattering of slower and more interesting pieces, and a wistful rock ballad thrown in for good measure with ‘Zzyzx Rd.’ closing the album. But despite all that, Come What(ever) May remains a horribly adult-oriented rock album.

Opening track ‘30/30-150’ _is a stomping rock song with Taylor barking the lyrics over, but he just seems slightly restrained. There is the same feeling in the overtly political _‘Come What(ever) May’, but then with ‘sillyworld’ _there’s a surprise, as experimental techniques come across like a mellower Pink Floyd. It’s lovely stuff, but the epic _‘Your God’ could and should have just been a b-side for A Perfect Circle.

There is every reason for this record to be amazing: the combination of Taylor’s cleverly twisted lyrics along with Root and Mayorga in the band promised some amazing songs. Sadly, though, the record falls slightly flat, suffering a constant preference for the safer side of the fence.

Stone Sour’s debut had a shining hit in ‘Bother’ _and the band has attempted to create another with _‘Through Glass’ as they steer themselves through more uptempo melodic pop territories. But t’s nowhere near as good, and sadly indicative of the whole album – just a bit disappointing.