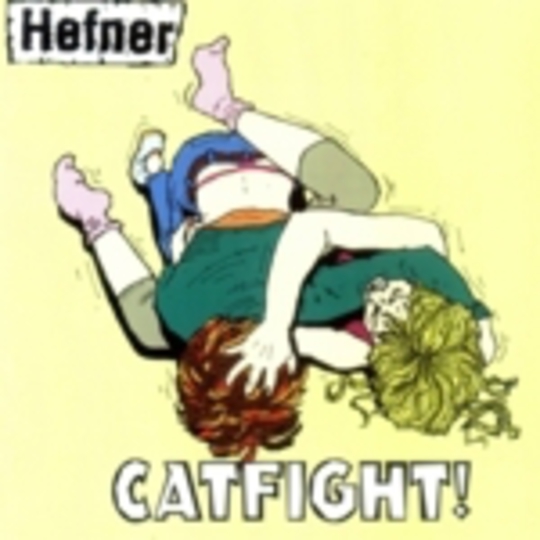 Since gaining the rights to the Hefner back catalogue, Darren Hayman has been a busy man. Having compiled a best of earlier in the year, Catfight is the result of Hayman collating album out-takes and sifting through the cardboard boxes in his attic. A 150-minute, two-CD experience boasting 43 tracks in reverse chronological order, it's surely the answer to every Hefhead's love-riddled dreams regardless of its quality. Whether it works as a standalone release, though, is another matter.

The first, and largely Catfight's strongest, six songs are demos of Hefner’s final material (originally scheduled to feature on their fifth studio album, Travel, Go!), four of which were previously aired on their final Peel session and three eventually stolen by Hayman for The French. From this collection springs 'Anne and Bill', surely Catfight's highlight, a story of a budding romance between two lonely adults in their twilight years filled with frustration, fear and questioning, easily as tender as any of the other heart-wrenching moments Hefner's back catalogue ever presented, capped with a three-minute instrumental at the song's climax, its focus a single slide-guitar as swoopingly mournful as the gulls that soar out to sea to meet their demise.

Aside from this new material, the rest of Hefner's swansong is comprised mostly of out-takes (six songs originate from the time of fourth album Dead Media including 'Your Kitchen', a song far stronger than most of the material which eventually made the album), home-recorded demos, abandoned and forgotten b-sides and cover versions, including The Mountain Goats' 'Orange Ball Of Hate', all delivered in Hefner's particularly lovelorn, emotional indie-folk style. By the second CD, the quality of the recordings deteriorate and the mounting tape hiss forms a lo-fidelity wall, obscuring the songs beneath. This latter material stretches as far back as 1994, three years prior to Hefner's best-known incarnation, although the quality of songwriting isn't always strong, and even in the extensive liner notes the deficiencies are acknowledged.

Given that Hayman himself can't even remember recording some of these songs, it is no surprise that a lot of the latter stuff is discardable - little more than a few chords from a dull-sounding acoustic guitar - but Catfight is interesting in its nature, providing a substantial glimpse at the foundations that Hefner was built on. Even a decade ago, it is clear that Hayman had a distinctive writing style, obsessed with love and lust and not afraid to be indecent, from the chorus line of “Lisa and me gonna fuck all night” in 'The Hymn For Lisa and Me', to the “She asked him what he dreamt when he played with himself” on 'Fully Clothed'.

_Catfight_'s crime is, bizarrely, giving too much. By laying bare practically every unreleased Hefner song for all to see, you not only get the dusty gems, but the material best forgotten, and as a result a fair portion of _Catfight _is lost to the latter. Locked away here are some of Hefner's best moments, and it is worth a purchase solely for the material from Travel, Go!. But it will take a patient listener to sift through the dirt to find the gold.