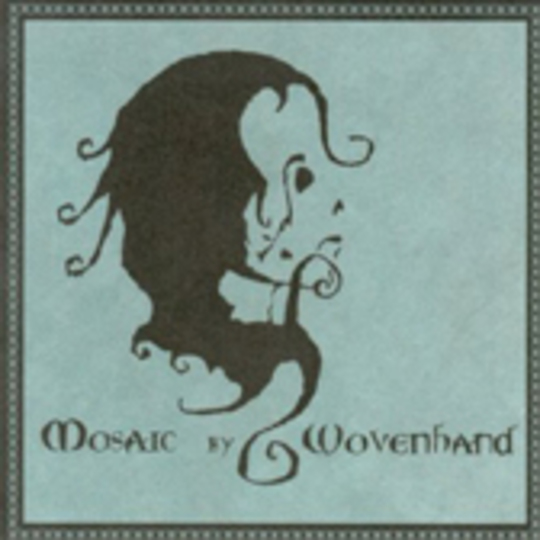 This is the first new record from David Eugene Edwards since his band Sixteen Horsepower imploded just over a year ago. Previously a side project, Woven Hand has been running parallel to 16HP for a number of years, but as Edwards' only conduit now, will Mosaic be a continuation of where 16HP left off, or perhaps remain the less boisterous and sometimes introverted cousin?

Although the songs are as airy as a tithe barn in most of their arrangements, like much of Woven Hand's prior output, a greater attention has been paid this time to atmospherics. This makes for a far more assertive sound than before, while at the same time not being as strident and gung-ho as 16HP in their prime. A short instrumental, 'Breathing Bull', opens the album - a ghostly breeze over empty stone cottages brushes past. There's a suggestion of willowy smoke wafting up and beyond the rafters here, in this controlled, considered, out-of-time place that inhabits DEE's ongoing fantasy dreamscape.

Edwards has dabbled deeper with the flavour of Eastern European music this time, too, heard mostly through his choice of scale and antique instruments. It's a heritage touched on, albeit to a lesser extent, on the last album Consider The Birds, but here also finds expression through DEE's strangely idiosyncratic hobby - a self-written phonetic language that sounds vaguely Russian, that I presume we're hearing in 'Slota Prow - Full Armour'.

I had been expecting Mosaic to be a much more rowdy affair than what has transpired - a year ago at London's Borderline, I had the pleasure of hearing Woven Hand play two of these, then brand new, songs within the set. 'Dirty Blue' and 'Deerskin Doll' were delivered with wild raging eyes and throat, stronger and rockier than the rest here, and seemed to herald a return to the blood and thunder songs from 16HP's roots. 'Dirty Blue' has come close to delivering on its year-long promise, with a stomping groove, triumphant chorus and howling verses, but overall the album falls a little short of former, and finer, work.

Still keeping to his very own thing, David Eugene Edwards has again created his own little world, far away from here in time and place, and as such, Mosaic still serves as a refreshing mind-spa.