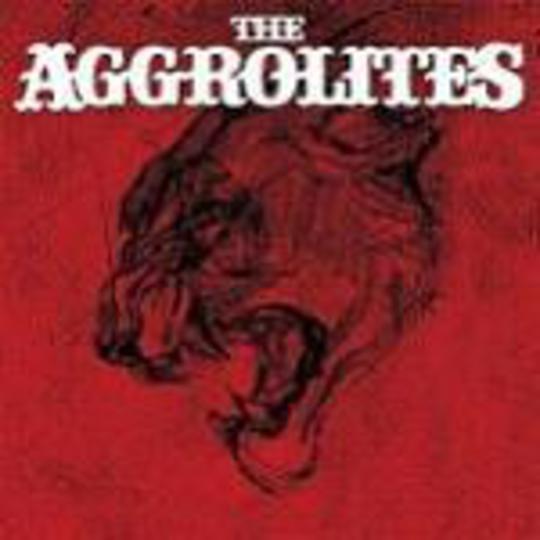 What is it with white reggae at the moment? You can’t just blame summer ‘vibes’ and the Ordinary Boys for the level of copycat ska-neutering going on at the moment. Lily Allen’s suckered the radio playlists with the musical equivalent of a Sunny Delight disposition, Paris Hilton’s making flaccid UB40 rip-offs and, only a few weeks ago, Circuits released a single that claimed to be heavily influenced by dub reggae, even though it sounded like an all-too-accurate Razorlight impression.

Which is why your correspondent approached with trepidation the new album from The Aggrolites, who claim to be bringing the spirit of ‘proper’ reggae back to the musical climate. I’m slightly unnerved by the portrait of the band adorning the back of the CD, where five rock-hard beefy rude-boys grimace back as if I’ve just gobbed in their pints, the centre figure wielding a baseball bat. Obviously encouraging peace and enlightenment inna Babylon, then. Thing is though, those expecting ska in the Less Than Jake sense of the word will be sorely disappointed, and all the better for it.

Because The Aggrolites are very faithful to their chosen influence. As in, this doesn’t only sound like a recent update of the reggae template, but this could actually be a lost Toots and the Maytals album from the late Sixties, discovered, dusted off and heavily remastered. Which, initially, is marvellous – that they can make the sort of sound that would fit neatly onto a Trojan boxset and not stick out like a sore thumb means that the sound on the whole is very enjoyable, all lilting guitar and plinking piano and an organ sound that you can’t avoid shaking a leg to. Admittedly, it sounds much better in an instrumental context – the likes of ‘Death At Ten Paces’ and ‘Grave Digger’ work well not just because the musical side of proceedings gets to flourish further, but also because, although it’s not exactly veering onto Ali G levels, the occasional attempts at a Jamaican tinge by the vocalist can be somewhat embarrassing.

One thing the album does suffer from greatly, though, is overstaying its welcome. Whilst the latter parts of the LP are still up to standard, especially on songs like the heavily Marley-indebted ‘Love Isn’t Love’, at 19 tracks and over an hour long the style, despite its relative brilliance, still seems to suffer from a lack of adventurousness. It means the album goes from being an excellent, enjoyable homage to the sound of some very clever-clever musicians taking it safe by sounding exactly like the people they want to emulate. Which, unfortunately, means that the novelty of a modern reggae band sounding like an original reggae band wears off all too quickly, meaning that the emphasis is put on the quality of the songs. And, whilst you can barely fault the sound, the tracks don’t really stray beyond being four-minute jam sessions – impressive at first, but wearisome after too short a time.

Overall, this is just a new band playing old music very well. Let’s just hope they turn their promise into some tunes worthy of standing up with Jamaica’s finest.