Death Of A Dead Day 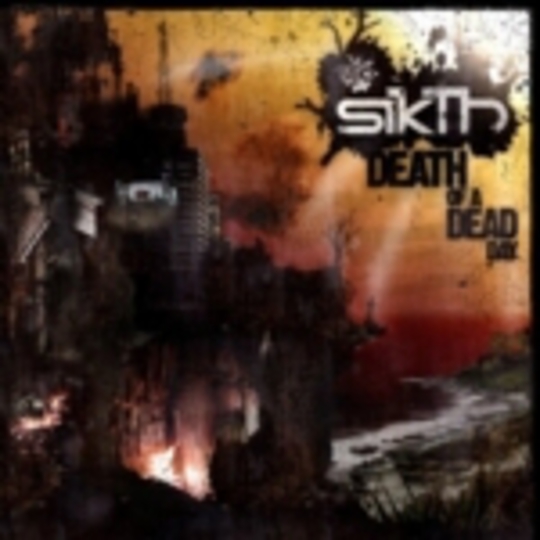 Following 2003’s magical display of mathcore complexity, The Trees Are Dead And Dried Out, Wait For Something Wild, was always going to be tough. While *SikTh *have returned with the same, often overbearing technical proficiency, with _Death Of A Dead Day _they have created an album that you might actually feel comfortable listening to.

Many bands struggle with two singers but Mikee Goodman and Justin Hill have always been deployed equally and have complemented and duelled with each other so perfectly over the past few years. This feature is noticeable immediately as the two vocalists, so different in style, screech and stutter then yell and croon over and through each other alongside disgustingly complicated guitar lines in opening track ‘Bland Street Bloom’.

The artistic, experimental, near self-indulgent style of their debut was a massive feature and is thankfully slightly subdued here, as the sextet seems to attempt a more commercial, or at least more accessible, attempt. Though their trademark abstract melodies, frequent time and genre changes are still more than apparent in songs like ‘Sanguine Seas of Bigotry’, there is a definite shift with this record towards a more straightforward experi-metal style.

This new characteristic found in DOADD _sees the band come across like a heady America-friendly mix of Dillinger Escape Plan’s feather-fingered guitar contorting melded with Korn’s manipulated rhythms, thundering through the bizarre nuances of System of a Down, especially during the rumbling climax of _‘Part Of Your Friction’. Considering these reference points, it’s no surprise that the US market has been put in charge of selling these Watford natives to the world.

A new side can be seen with SikTh’s version of AOR stadium music with slower, more expansive numbers. The haunting, mournful ‘In This Light’ _politely declines the obvious option of exploding into a massive wall of sound in favour of a colossal chorus which follows through to the end; meanwhile, the exceptionally massive-sounding _‘Where Do We Fall’ has delightfully radio-friendly tinges of country and grunge mixed in with its nu-metal overtones.

Thus far, the obvious genius of SikTh has borne fruit that has been both ridiculous and amazing in equal measure. The simpler but more effective style of _Death Of A Dead Day _shows that these Brits are ready to hit the big time.