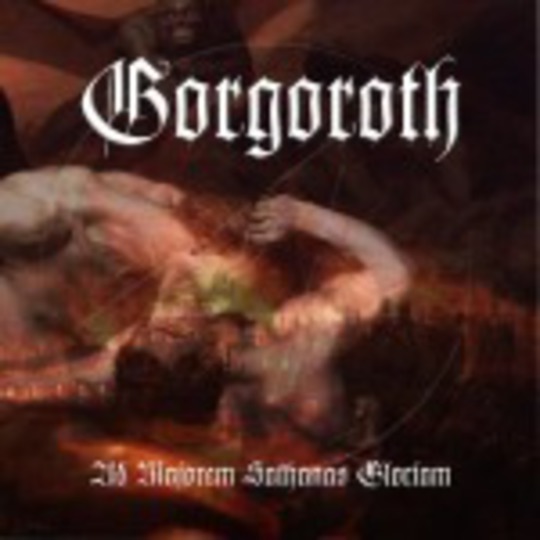 Black metal: it’s as grim as hell itself. But that’s the idea. While Marilyn Manson may gain the plaudits for influencing the youth of modern America, these true Satanists are mostly imprisoned (guitarist Infernus on a rape charge and singer Gaahl for assault and threat of cannibalism), and thus are able to continue making the most uncompromising and most frighteningly brutal metal around.

Gorgoroth’s sound harks back to the second wave of black metal, which peaked in the 1990s when The Black Circle incorporated bands like Mayhem and Emperor into an almighty gang of violence-obsessed, leathered-up, face-painted Norwegians. That’s the thing though. Because they’ve shunned any experimentation with electronics and atmospherics, it sounds like the best thing to have come out of 1990.

While bands like Satyricon and Emperor have tried and often succeeded in taking the genre to a different level in recent years, spicing their sound with different techniques and progressions, Gorogoroth seem to have regressed their sound to a raw, furious collection of demonic battlecries.

The main lyrical content runs across overtly anti-Christian themes but the music is often strangely doom-laden for a black metal album. _‘God Seed (Twilight Of The Idols)’ _contains a magnificently drummed wall of noise, clouded warmly by murmured vocals over the slow guitars more associated with death metal.

‘Sign Of An Open Eye’ _is the crowd-pleaser, beginning with a cacophonous blastbeat followed by menacing and deathly howls and rolling guitars, but the classic sound of this album is epitomised by _‘Prosperity Of Beauty’. An altogether faster affair, Gaahl snarls his vocals over the top in unmistakeably fashion. This is black metal as everybody knows it.

Many from the old school will revere this release due to the impressive production making Infernus’ guitar sound like something other than a crazed hornet incarcerated within your speakers and allowing the imposing, relentless drums of Frost, who also plays for Satyricon and 1349, to rumble along menacingly without the threat of being totally overpowered by the guitarwork.

_Ad Majorem Sathanas Gloriam _is the album stalwart supporters wish they’d had in their hands a decade ago and *Gorgoroth *are more than happy to provide it to them.

Death Of A Dead Day