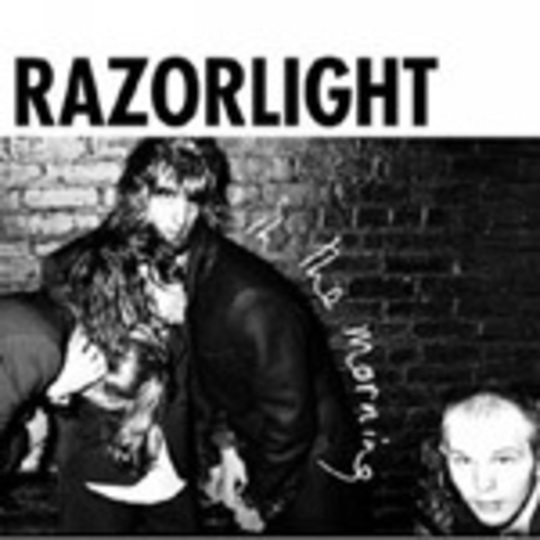 Ever modest young fellows – yes, despite their cragged features these four individuals are but whippersnappers compared to, say, the equally ravaged likes of Keith and Mick – *Razorlight *talked-up the release of ‘In The Morning’ in the only manner they knew: self-generated hyperbole.

“Sounds more and more like a classic every day,” said the band’s bassist, Carl Dalemo, back in March; he was talking about the band’s forthcoming second record, a self-titled affair, but mentioned ‘In The Morning’ by name. A classic, then? What do you reckon…

This is the sort of song that’s absolutely at home on commercial radio breakfast shows, blaring out of clock radio single speakers ‘tween bursts of bullshit chatter of the most inane nature, inoffensive to the very boundary of offence. It’s the sort of song that will get you right out of bed, but the only way you’re gonna be alright – as the song repeatedly assures the listener – is by bludgeoning said bedside Sony appliance into tiny plastic splinters with the nearest paperweight. Failing that, a coffee mug, or a drawer handle. A curtain rail? Whatever comes to hand.

If ‘In The Morning’ was penned by almost any other band than Razorlight, we could possibly spare it the negative critique these words equate to; unfortunately, with the motor-mouthed super ego of Borrell, J at their helm, the Londoners can’t not wind up on the receiving end of a disappointed scribe's distemper. They build themselves up every bit as needlessly as their sycophantic hack buddies do - the sight of their musical limitations obscured by a cockiness, ill-advised braggadocio, forever empowered by the positive press they still receive in certain quarters - but overlook the obvious: that such behaviour can and will only result in an adverse reaction from parties such as ourselves (and we're only acting upon the command of common sense). We’re simply not having this. We are not going to sit here, accepting this bland, white-boy-reggae-rawk – the sound of The Clash and 2 Tone reinterpreted by individuals with the compositional creativity of 2Unlimited – written-in-a-blink single as ‘classic’ in any sense. We are not about to allow Razorlight to shower their already overly praised frames in further commendations and recommendations, when the material they produce is not simply poor, as such, but depressingly, irredeemably average.

With a little modesty, Razorlight could have reinvented themselves here as charming chancers, a group of lads that got lucky playing mediocre pop-rock to an audience desperate for any act with the loosest of Libertines connections. If only, if only, Borrell and company had chosen the self-congratulatory words that pepper their past with a little more wisdom, with a sliver of foresight. Then again, said singer absolves himself perfectly, lyrically: "I never regret anything I've done." Perhaps that explains the group's inability to grow, to develop; this is the sound of a band in stagnation.

Lazy summary: an Allen and a set o' hips aside, should have been number one with a bullet.