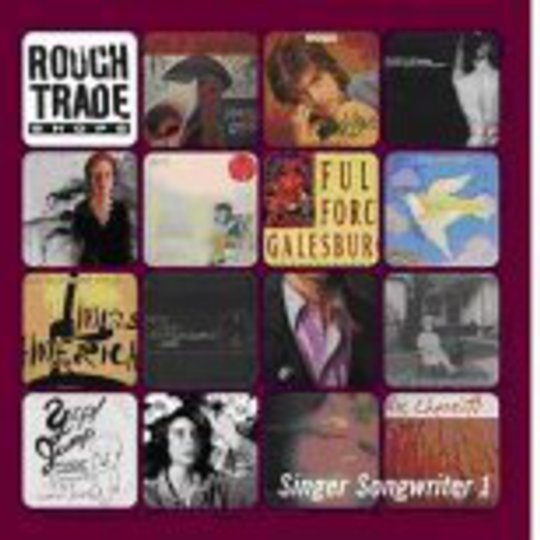 Another year brings another Rough Trade compilation, an attempt to pigeonhole the artists that define a genre or a movement, a compilation showcasing the innovation contained within music. This latest offering focuses on singer songwriters at the top of their game – from the unknown to the more established, the double album spanning 41 tracks is bound to throw up some real gems, and in true compilation fashion, some duffers too.

Singer songwriters have always been special in the music industry, their emotion able to pluck at every heart string with every wistful word, the stripped down nature of each song that is able to convey emotion better than any extravagant multi-layered string section. Here, we have a number of these songs, some found from delving deep into the archives, and some obvious choices – the classics that you know and love already. Setting the ball rolling is Micah P Hinson, his deep and husky voice sounds stunning against instruments seamlessly combining country and folk in an exodus of musical talent. Soon after follows Bright Eyes, one of the better known artists on the compilation who has a back catalogue of stunning alt-country songs. Unfortunately though, he pales in comparison to the other artists. It’s not that 'The Calendar Hung Itself' is particularly bad, but when every track that follows is consistent in showcasing the songwriters at their best, it feels out of place – this is not Bright Eyes’ greatest moment.

Elsewhere, there are some real hidden gems. Adrian Crowley is one to watch out for; the Irish songwriter armed with an electric guitar is the perfect soundtrack for going to sleep, and that’s meant in the best possible way. In the same way, King Creosote is a brilliant addition, his inclusion designed to get you hooked on his work. Cat Power’s Metal Heart is a fantastic introduction for listeners unaware of her work, and the other notably brilliant female songwriter PJ Harvey showcases her 'Dress' demo, a recording almost as good as the version featured on Dry. Elliott Smith’s ‘Needle In The Hay’ reminds us why we loved him in the first place, and Antony And The Johnsons’ ‘Cripple And The Starfish’ is as brilliant as the title suggests.

Don’t pick this album up for the big names though, it’s the reputable artists who are relatively unknown that deserve the attention, and these are the songwriters that make this album fulfilling. For instance, little-known Scotish folk musician James Yorkston shines on this album, proof if any that it's the smaller artists that make this album worth the 8 its given. Likewise, those unaware of Richard Thompson's folk rock will take pleasure in being introduced to his work via Vincent Black Lightning 1952, the mellow song featured here is perfect for warm Summer nights. Anyone willing to seek out some new artists for the summer should buy this compilation; you will definitely find some gems worthy of your attention.