Why Can't We Catch The Liars 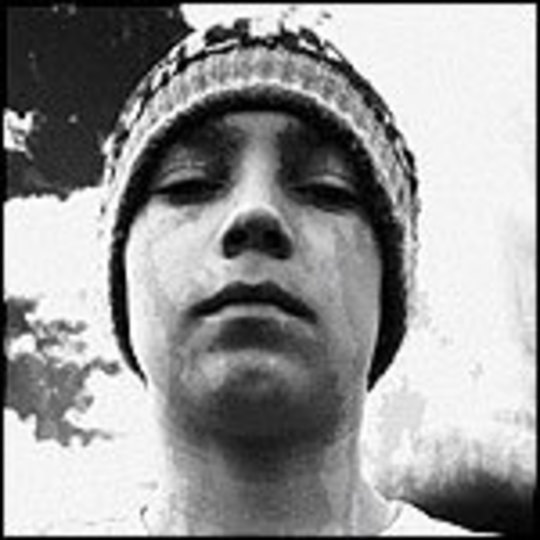 Last we heard from Bonemachine (who, before you ask, don’t really sound much like Pixies at all), they were stalking the south coast, dishing out to all who were willing to listen their own brand of dark-dance - one hack went and dubbed it ‘emotronica’. But somewhere between then (a couple of years ago, around the release of their debut album Vent) and now, they caught the attention of Sigue Sigue Sputnik (!), and it wouldn’t be surprising if such an experience inspired their rather astonishing growth of musical muscle.

Back then you could expect the group to sound bleakly beautiful and drenched in cold atmospherics, yes, but also (despite a spine of rigid processed beats) a little fragile. Yet now, on arching back from the play button, sitting agape at the speakers as the sound crawls from within, it’s rather astonishing (and admirable) to hear the sort of power their music now beholds.

Which, it seems, just gives them more potential to make genuinely chilling songs about genuinely chilling subjects and, although they’ve now shed a lot of the subtlety that gave their earlier material a disturbing sort of grace, they now have a lot of scope for sonic oomph. This is proven by the turbo-charged likes of ‘God Save You (Amerika)’, with its anti-funk fuck-rock bassline and vocal samples that detail the legal description of obsessive stalking, and ‘Red Light Receiving’, which not only manages to be about filthiness but also sounds like it too, making the sort of dirty synth noise that Gary Numan probably would make if he didn't fear that his kids might discover the master tapes and end up mentally scarred for life.

The band recall their slight trip-hop edge when they want to, as the dub-driven ‘As Tall As The Highest Statue’ attests, but even in their gentler moments (like the title track) they willingly make it heavier by layering a detailed talk on how to slaughter a pig over the top. Meanwhile, ‘Blown Trenches’ sounds quite scarily like the Radiohead most associated with being brilliantly depressing, all wailing vocals and ghostly chamber-like rumbles and, as it reaches a climax, a wall of imposing guitars. The track immediately following it, ‘Stained But Pretty’, shreds the tone its predecessor creates to pieces with razor-edged digital hardcore and the piercing whisper of “fucking whores, fucking whores”. Journey South this ain’t.