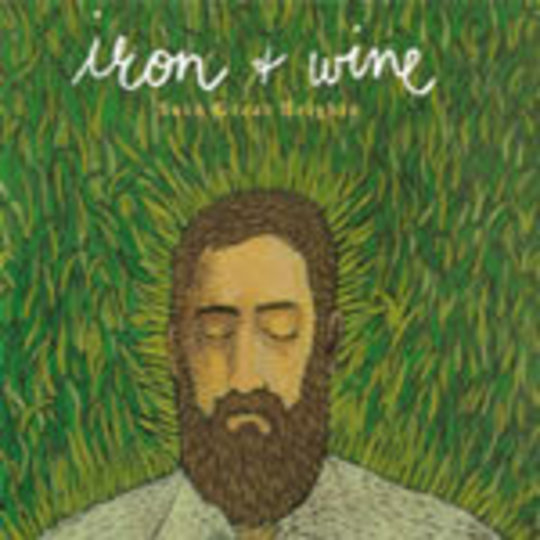 Considering this is an acoustic cover of an idolised electro-pop song and taking into account the bitterness surrounding José González overshadowing The Knife, it’s fairly easy to see why this single has attracted much criticism. But when stripped of the preconceptions that this is the bastardisation of electronic music to appease daytime radio and Terry Wogan listeners, what remains at its core is a hushed, vivid love song.

Unsurprisingly, some would say, considering **Iron & Wine**’s previous work has shown himself to be masterful in orchestrating the most beautiful melodies with just his voice and tenderly plucked guitar. The cassette hiss replacing the crispness of the original may frustrate some, but within the cover’s parameters it oddly works.

But where’s the _life_, I hear you scream. How can you sing Ben Gibbard’s words of being away from the one, whose eyes align with yours perfectly when you kiss, in the laissez-faire Southern tones of Sam Beam? Well in truth, I don’t believe **The Postal Service** to be exempt from covers and I certainly think there’s much to be said for Beam’s voice over Gibbard’s - instead of having the beeps and bass of the intro lodged in your subconscious, just try and avoid humming _“Puzzle pieces from the clay”_ in your best buttery drawl. But essentially, like with José González's cover of _‘Heartbeats’_, there’s a palpable respect paid to the lyrics and tone of the original which saves it becoming gratuitous.

Looking more than likely to chart higher than The Postal Service’s original, the merits of this single, however, are questionable at best. But since it’s so innocuously honest, ignore the general public’s buying tendencies and enjoy this cover for what it is.