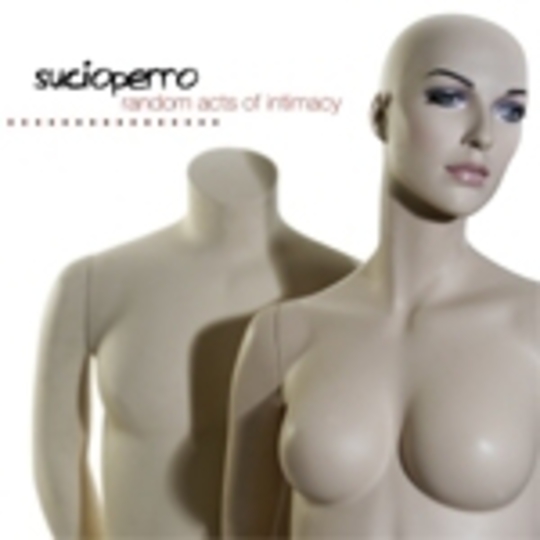 *Sucioperro *have emerged slowly but surely from the hideously bloated Ayrshire rock underbelly with a surprisingly timid restraint.

Their emo-inflected jagged rock is clearly reminiscent of their old friends Biffy Clyro but somehow there is even more pop melody and when the time comes for a bit of post-hardcore bombast, the quartet goes at it without the catharsis and unbridled vitriol that some have witnessed in the live arena. Instead there is a scizophrenic sense of controlled heaviness and calculated melody that seems to come all too naturally.

‘i don’t hate it, i accept it’ is the perfect example of Sucioperro controlling their sound. They have a riff that, in the right/wrong hands, could become unbelievably, nay disastrously heavy but it is scuzzed up to fuck, burning the sharp edges away with a flurry of nothing in particular. It’s safer than it could have been. It fits in with the rest of the album perfectly.

When you have songs like that painfully gentle _‘apathy=inaction’ _there is no need for any monstrous heavy metal. These two and a half minutes of beautifully mild acoustica tell a story that will tug at the heartstrings you never knew you had.

Opening track, ‘the crushing of the little people’ begins with tribal drums and then sets off on a manic stroll through serrated, staccato chords and with the next song their musical versatility is gradually introduced. _‘wolf carnival’ _is still as inventive and quirky as anything else they will create but blends a million harmonies with the unorthodox chords.

The album almost closes with the lilting, eccentric melodies of _‘the drop’ _but decides to really hit the home run; the final nail in the coffin; whatever other crap phrase you want to use with the last song. _‘the final confessions of mabel stark’ _is possibly one of the greatest indie-pop anthems you will hear this year.

Asides from the hundreds of great chords that you’ll never hear again in music quite this imaginative, it is the story telling that is the clincher with this record. While it’s probably the least notable facet to this record, the way that every song has a meaning and a little story dissolved within this rich, musical liquid means that *Sucioperro *have made something that is a little bit more special than you’d have expected.

My Girlfriend's An Arsonist