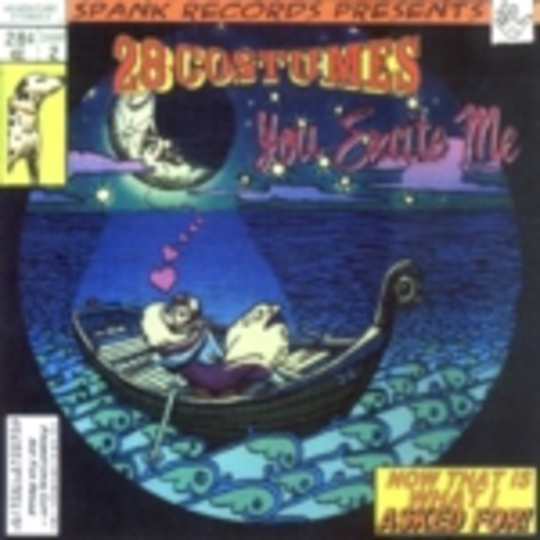 You probably missed it at the time, but 28 Costumes’ last single, ‘Inside/Outside’, was one of the standout singles of 2006 to date; a pop song embracing the spirit of Seventies punk rock with an a capella round-robin vocal interlude thrown in for good measure. Still as brilliant five months down the line as it was initially, the big problem for the Costumes must now lie in trying to match it, let alone top it.

Their solution comes courtesy of a precise pincer movement, one which drives us in one direction before filling the air with howls from the other. ‘You Excite Me’ abandons the Clash-tinged feel of its precursor in favour of the current standards. The verses are swathed in Interpol-style low-key double-tracked vocals and Pulp's quiet, vocally-hushed moments, settling you down with non-committal tones before barging into you with a chorus so relentlessly infectious in its shouted repetition of the song’s title that you might be forgiven for thinking, somewhere in outer space, some Daleks have just motored past some poor sap wearing Eau de Timelord.

‘You Excite Me’ not only melds stripped-down riffs with flecks of punky art-rock, but adds the Costumes’ particular brand of colloquial lyricism and accounts of everyday events – the song is mostly about a night spent in waiting for a text to arrive – not unlike The Rakes' ‘Retreat’. Whilst it might not be the most original of sounds, should the second album Adventure Stories pack as much heat as its first two clippings, it might only be a matter of time before 28 Costumes become something other than Liverpool’s best-kept secret.