Why Try Harder: the Greatest Hits 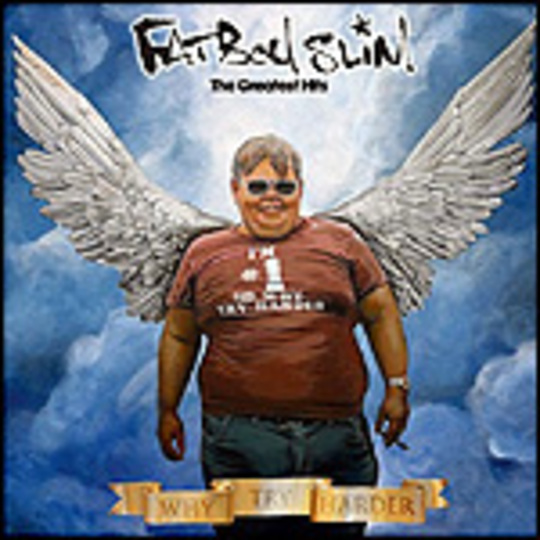 If you buy into the notion that best-of compilations aren't for fans - that they are in fact, supposed to be an introduction to an artist's music for the uninitiated - then Fatboy Slim's 18-track primer Why Try Harder: the Greatest Hits seems a bit superfluous. I mean, is there anyone, anywhere in the entire world who has yet to hear the work of Norman Cook? Forget the dance clubs, the concerts, the raves, the beach parties, the picnics in the park - if you've turned on a television or radio in the last 10 years, you'll recognize eighty-percent of Why Try Harder's tracklisting, even if you only caught snippets of them during ad breaks. As a pop culture omnipresence, the only rival he has is probably Moby (and only the songs off Play, at that).

Yet, here it is anyway, with the same fat kid on the cover who grinned out at us from the inlay of Slim's ticket to the big league, which makes sense, since any hint of nostalgia which may prompt you to drop the requisite sheckles on Why Try Harder dries up after You've Come A Long Way, Baby. Well, maybe after 'Weapon Of Choice'. But that's only because its squelchy, slithery beats place the image of Christopher Walken strutting his stuff through a hotel lobby in your mind within seconds.

As you'd expect, Why Try Harder opens with Slim's most recognizable cuts. His template for radio-friendly dance-floor bump and grind is pretty transparent; addictive retro-stylie samples and catchy, repetitive vocals thrown over break-beats run throughout the first nine songs in varying degrees. Sure, these songs have been used to sell you everything from cars to credit cards to trainers, but in its best moments, the first half of the album instantly recalls the heady, drunken, steamy nights of big-beat's break-out. In fact, in the run bookended by 'The Rockafeller Skank' and 'Going Out Of My Head' - which also contains the likes of 'Gangster Tripping' and the still superb remix of Cornershop's 'Brimful of Asha' - even 'Wonderful Night' from the dismal Palookaville can be forgiven.

The second half of the album doesn't fair nearly as well - 'Santa Cruz' being the exception to a notable dip in quality. The remaining nine cuts vary from being passable approximations of Slim's best work, like 'Don't Let The Man Get You Down' which ticks all the aforementioned boxes, to tracks likely to send you lurching for the skip button - like the absymally bad 'Slash Dot Dash', and the overly drawn out 'Demons'. Also, the inclusion of 'Everybody Loves A Carnival' is a bit of a let-down, when you consider it isn't a patch on its source material. And if, as is evidenced by the appearance of Sho Nuff, more than one b-side can make it to the party, where the hell is 'Michael Jackson'?

All told, Why Try Harder is a pretty telling document of big-beat's trajectory - and Slim's place in that movement. It was fun for a while there about eight or nine years ago, but in the wake of big-beat's waning popularity, Cook, like a number of his contemporaries retreated from the brain-bashing percussion and aimed for a lighter and less retro-orientated sound (the odd sample notwithstanding), which didn't really work because the submit-or-die bombast was one of the scene's major drawcards.

Even so, Slim's best work still holds up relatively well, all things considered. And even if his hey-day is over, Norman Cook shone bright for a while there, not only as a leading light, but as probably the most unforeseeable curveball in pop music. After all, if you had been asked at the dawn of the nineties which musician you thought would be most likely to help spearhead one of loudest, brashest and obnoxious dance movements, sell records by the truckload and go on to become a pop-culture staple - would you really have picked the bassist from the Housemartins?