We Are The Pipettes 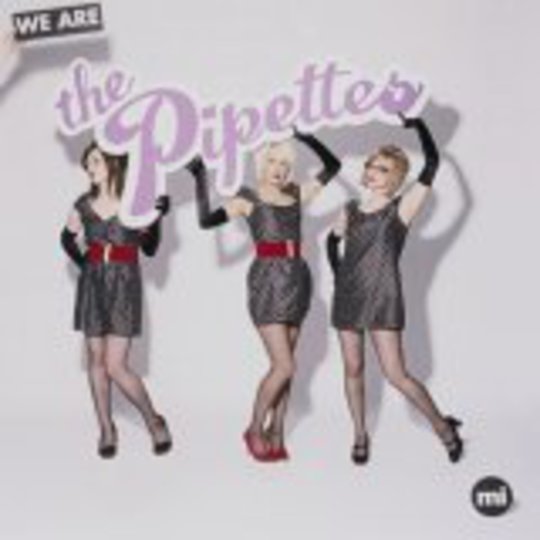 Instead of analysing the merits and demerits of The Pipettes, why not just sit back and appreciate the fact that they are at least trying to make pop music interesting and, dare I say it, credible once more. Forget all the tawdry jokes about them being Fifties revivalist one-trick ponies. One listen to We Are The Pipettes is enough to convince anyone with a tune-friendly ear and half a brain that there is so much more to their repertoire than being mere retro specialists.

The very best pop music - from The Ronettes to Shampoo, Abba to Girls Aloud (and not forgetting The Spice Girls) - had more than its fair share of kitsch, high pomp and occasionally cringeworthy moments that both bewildered and beguiled the listener, but never, ever bored them. And, more importantly, none of the aforementioned acts ever took themselves too seriously to actually know when we were laughing with them - and I emphasise the phrase 'with them' greatly because that's the point. They were already in stitches at their own antics long before your or my first guffaw.

But, "Will _We Are The Pipettes change your life?", I hear the sceptics ask. Depends really, I suppose, as to whether or not you're one of those people whose head is so firmly wedged up their own colon interchange that differentiating between expertly crafted music and expertly crafted _pop music is impossible, because that is the big difference here, folks. The Pipettes may look like extras from_ Happy Days_ in their matching polka-dot dresses and plastic jewellery, but make no mistake: this record owes as much to their love of lo-fi punk rock as it does the classic three-minute pop song.

'Dirty Mind' and 'One Night Stand' are Helen Love without the helium singing voice but with a more sprightly tune, while 'Judy' is the most vitriolic girl versus girl statement since Siouxsie stopped razor-cutting her hair in favour of a more spiderweb gothic approach. Except, of course, it's set to a simplistic, catchy melody as opposed to buzzsaw guitars.

And that's why We Are The Pipettes is possibly the only pure-pop record you need own this year: fourteen tracks in total, each and every one a potential single. Sure, too much pop can rot your teeth, and even the girls themselves admit "I've had enough of sweet" at one point, but at just under half an hour's length, there isn't enough time for too much cavity damage (or tedium) here. In fact, the only travesty is that with the imminent demise of Top Of The Pops, The Pipettes will probably never get the chance to take their rightful place alongside Westlife and the latest Johnny Wannabe from X-Factor.

You Can Cry All You Want