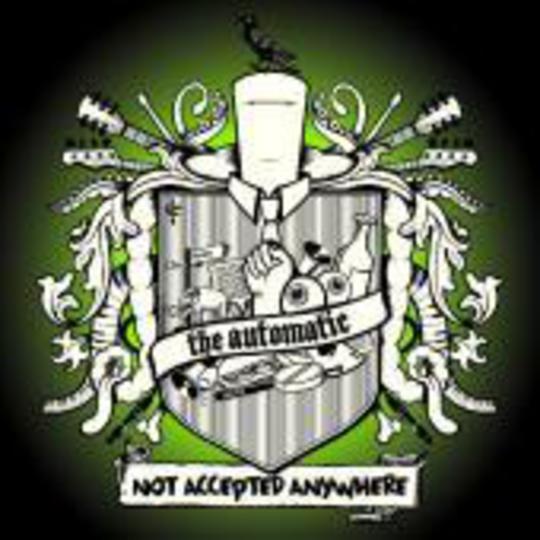 Does anyone remember the musical graveyard that was 2001? Big-shorted Americans were everywhere, as were numerous dullards sat on stools strumming acoustic guitars like they’d never seen a busker in their lives. Bleak times indeed.

Sadly, Cardiff’s great white hopes The Automatic clearly remember those times and if the twelve compositions that comprise Not Accepted Anywhere are anything to go by, they seem to cherish that era with great affection. The UK’s answer to Linkin Park? You read it here first.

Which is a damn shame because their initial three releases suggested that The Automatic do have an abundance of potential to be one of the most potent singles bands of the present decade (yes, ‘Monster’ is a GREAT pop song – big, dumb and totally unforgettable like all great pop records from the Stones to The Spice Girls have been). They obviously know their way around a catchy tune and a memorable chorus, so why does this album reek of such depressing déjà vu for a time most of us would rather forget?

Maybe it’s the way they’ve been portrayed as a Monkees for the noughties – you, your parents and your best mate Gary can like ‘em with equal doses of affection, not to mention the girlfriend, of course. Or could it be that their sudden emergence from nowhere smacks of more than a hint of manufacture about it? Or of course, it could just be that you, like most of the people I’ve met, find the unnecessary screeching of the keyboard player just a tad irritating - bordering on the side of wanting to commit homicide - at the best of times.

Regardless, my biggest gripe with this album is the fact that it offers little to no variation to what’s gone before it, and doesn’t come anywhere justifying the hype that’s gone into promoting The Automatic as being supposedly THE premier British rock band of 2006.

You see, aforementioned 45s excepted, there aren’t that many other reasons why you’d need Not Accepted Anywhere in your life. Sure, ‘Team Drama’ sounds like an exciting eclectic soufflé of PWEI-style dumbass rap’n’roll while lines such as “I can’t wait to leave behind this whole place” suggest a more serious side that anyone who’s ever spent more than 15 minutes in any small town from Mansfield to Minehead could empathise with, and more importantly alludes to the fact that the minute Welsh suburb of Cowbridge isn’t some stage school haven dissimilar to the rest of the planet after all. Same with ‘Seriously...I Hate You Guys’, in that there is just a tinge of regret behind lyrics like “That’s the happiest you’ve looked all day”, that even the bounciest of tunes cannot disguise.

Unfortunately, The Automatic only seem to have the one tune – big, bouncy and boisterous – which they’ve more or less multiplied by twelve and by the time you’ve reached the final track – if you can be bothered to get that far – your brain and ears are firmly switched to the 'OFF' position, if not disconnected full-stop.

And that sums up Not Accepted Anywhere and its creators: not so much a question of must try harder next time, but - first three singles aside - simply why bother at all?