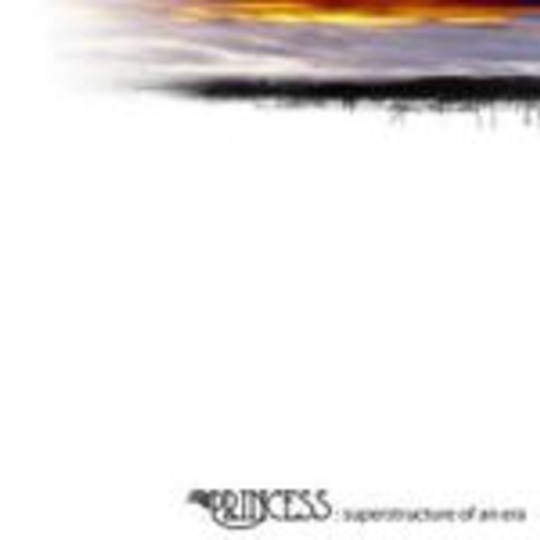 With a title that absolutely screams post-rock, it’s something of a pleasant surprise to learn that Princess is actually the musical moniker of but one man, Matt Grundy. A member of so-so post-earthtone 9 rockers The Blueprint, Grundy’s debut solo album is a bedroom-borne, mostly instrumental affair, mixing crunching guitars with loops and samples to largely decent effect. Decent, though, is as good as this gets.

Since White Town conquered the singles charts however many years ago, bedroom solo projects of this generation have often earned favourable critical assessments; after all, one man’s hard but ultimately mediocre work is so much easier to reward with prose so purple than the average efforts of a half-dozen. Perhaps, then, it’s time to take a step back and realise that not all one-man bands are worthy of the back-patting that so often substitutes considered appraisal – with modern technology, two hands can sound like a hundred, and Superstructure Of An Era is the indisputable evidence. A crackling, blistering record of punishing guitars and frenzied glitch-beats, indier-than-thou samples (Slint? Respect…) and the occasional luscious dreamscape, this nine-tracker is an engrossing listen but not an inspiring one. It’s well crafted, meticulous even, but little more than the sum of select pieces if the absolute truth were told.

‘Epoch’, the ten-minute second track, rather outstays its welcome – if more ideas were on the table it’d be tolerable, but a single one spun out beyond all reasonable decency simply irritates – but elsewhere Superstructure… really makes a positive impression. ‘Quicksilver’ screeches, pitching and turning on itself, building layers only to spill acid across them, and ‘The Black Outlines’ sounds positively cataclysmic, spluttering black pustules of scrambled electronica onto a canvas already dribbled with day-glo acrylics. When he chooses to, Grundy can be truly brutal, and it’s these moments that truly stand out; the Karl Middleton-assisted ‘Ecotone’ is also a highlight.

When a sense of the familiar washes over the listener, though, these compositions suddenly sound like old fourth division pieces compared to the premier noise manipulators of 65daysofstatic and Jesu. Anyone wanting a comfortable middle ground between said acts is advised to seek Princess out, but those that need a little more intellectualism in their instrumentalism should listen elsewhere.

The Trials Of Van Occupanther