The Trials Of Van Occupanther 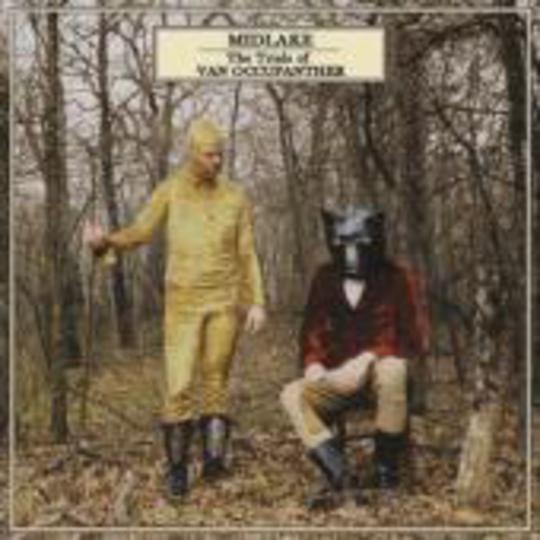 This is pop music for isolated log cabins, distant settlements with their own quasi-religions and individuals roaming with no real direction; it’s outsider songs and torch lamentations for those lacking a true guiding light. Midlake have, with The Trials Of Van Occupanther, crafted a truly delectably odd album of archaic echoes and future-classic choruses that’ll resonate from the next age to ones that no science fiction can inaccurately picture.

Young men they may be, but these Texans could as easily hail from the 1970s as they do these post-millennial times: by drawing upon respected influences – Neil Young’s touch is apparent on more than a smattering of these eleven songs – but writing truly fantastical lyrics ever so slightly detached from reality they’ve created something that is truly timeless. Forget what the broadsheets will tell you about the latest big-money release from Indie Royalty X, this is a collection of songs that will never sound dated, because they absolutely exist outside of the cycles of trends and fashions.

In ‘Head Home’, track three, Midlake’s singer Tim Smith sings that he’s found himself alone; it’s rare that he sounds more contented over the course of this album. His only concern seems to be with one person he’s unable to see, to speak to, to touch; it’s universally appealing themes like this, each housed within a specific artistic framework, that makes The Trials… so incredibly engrossing. Later, during ‘Branches’, Smith almost cries that he’d “rather not live in these places”; as he does, the heart skips a single beat in agreement. Come ‘Young Bride’, Midlake have even mastered ramshackle disco, rockin’ wild from some backwater hamlet: respect where it’s due, then, for compositional variety produced with limited resources.

Say you’re that man, alone in a deteriorating shack, miles from the nearest convenience store: get yourself online (hey, well done!) and order this, because it’s a near certainty that it’ll successfully fill the void of no physical human contact for no short while.