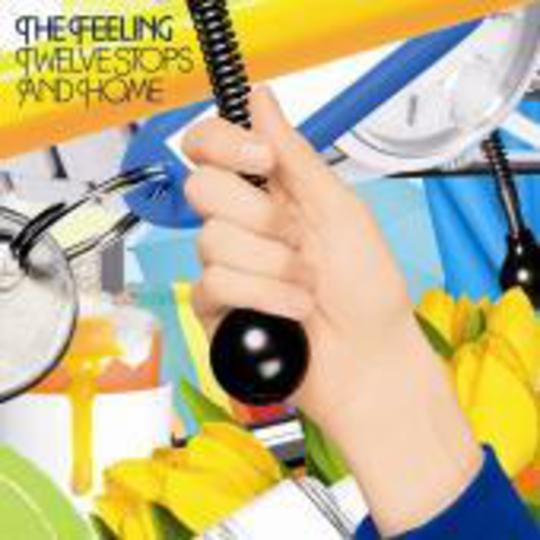 Consider this: it's July 2005 in a Universal Records boardroom meeting somewhere in London. The Managing Director comes in, leather bound folder in hand.

"This Coldplay and Athlete thing seems to be all the rage at the minute. My kids love it, your kids do too. I think we need to get someone on our label fast or we're going to get left behind."

"But we do have someone in mind, sir. Five of them actually. They've just finished working with that Sophie Ellis-whatshername. At a bit of a loose end now though." says his number one cheeseboy.

"Good! Send them in!" replies the delighted MD.

And there goes the story of The Feeling. Probably. You see, when all's said and done, I couldn't really care less where you come from, how you've got to where you are, who's behind you or what educational background you've achieved. The Beatles, The Stones, The Sex Pistols, The Clash, The Strokes all had a helping hand of varying degrees which gave them the kickstart to change the face of music at their moments in time. No, it's not about that at all. It's about the fact that this record is devoid of any passion, emotion, decadence, stimulation, variation or indeed anything other than a short term cash cow for its parent company. To call this 'project' - because that's basically all these five individuals are - The Feeling is a contradiction in itself, as there is no feeling that can be associated with this album other than one of pure despair, whether that be with its orchestrators or the record buying public themselves who've bought into the whole concept (and my other half happens to be one - eek!).

Reading through the band's biography is enough to make anyone cringe whilst throwing up nothing more than a glass of water in the process. "We make music for the masses, only intelligent, with sunshine hooks and killer choruses that everyone can hum, from plumbers to professors," they proudly boast. Singer Dan Gillespie goes on to say that you can get away with murder in pop music, and to be fair to him, Twelve Stops And Home is living proof.

Quite simply, this record is the devil's spawn incarnate unless you happen to be a Daily Mail reader, and if I have to listen to anything that contains lyrics as tritely inane as "Sugar for your bowl, lemon for your soul" again I will quite gladly go one better than Vincent Van Gogh and slice both my ears off with a rusty hacksaw blade before dipping what is left of my head in a bowl of lukewarm, salty water. It really is that excruciating, and when people like Kubichek, The Strand Arcade, Polar and, yes, !Forward Russia!, can't get signed for love nor money while this can there really should be some heads hung in shame in that record company boardroom this evening.

The End? I sincerely hope so...