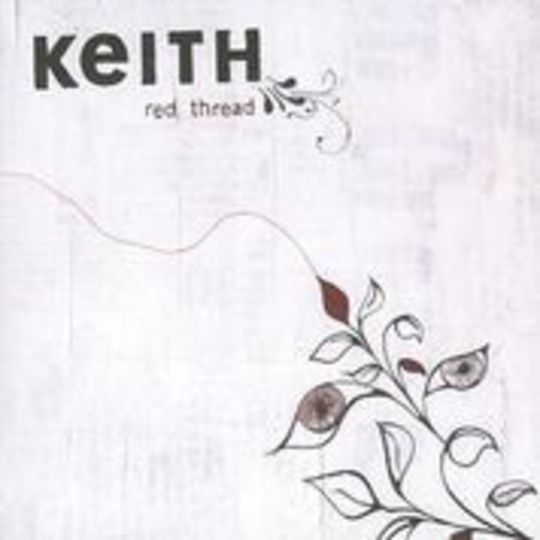 Without meaning to sound pretentious, why on earth would anyone want to call their band Keith? I mean, who is Keith? What is his purpose? And what makes him so bloody special that he's had a pop group named after him?

You see, sometimes, a name can be enough to put even the most casual music appreciative off for life, without ever having heard the artist themselves. Dumpy's Rusty Nuts, Dustin's Bar Mitzvah, Lazarus Clamp, James Blunt...alright, so ignore the last one but I'm sure you get the gist. Worryingly, Keith could find themselves added to that list without anyone ever finding out what potentially prodiguous talents their Mancunian melting pot is made of.

Almost four years old now, they've taken the time to gather their collective influences and hone a sound that really doesn't copy anyone in particular yet buzzes with a sense of familiarity in the knowledge that sometime, somewhere, you've probably heard something like this before. Or maybe its just the fact that like any decent band worth the average sized packet of Saxa, they've an abundance of tunes, that stretch from uplifting laments such as recent single 'Back There', to poignant melodrama like the beguiling 'Gunshot Revelry'. Add to that the industrialised post-baggy-rock of 'The Miller' and you've a breeding ground for eclecticism not felt around the homo-genre-ised UK music scene for a fair while.

Musically, the band obviously draw their influences from the classic artists of their locality, with singer Oli Bayston's vocal pronunciations ebbing between a latterday Ian Brown and in the more subservient moments, a slightly less emaciated Jimi Goodwin comes to the fore. Add to this the classy without being so far up his own behind he regurgitates his breakfast guitar playing of Mark Nicholls and a rock steady without being overly formulaic rhythm section and you have an album that references everything from dissipated ballads to fast moving, almost country-esque diatribes.

After such a long time in the making, 'Red Thread' is undoubtedly worth the wait. Sort the name out and you never know what the future might hold?