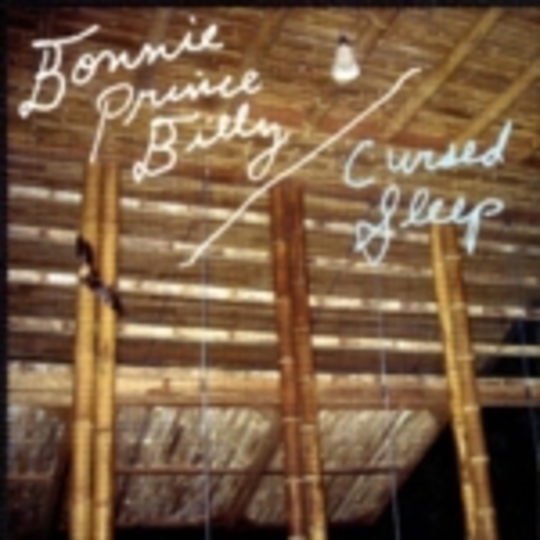 Who knows how it came to be, but Bonnie Prince Billy has just woken up by the side of a dusty trail, both his dreams and reality steeped in unrest. He has sorrows to drown, and the shack in the distance looks both inviting, and a lot like a watering hole.

The story Will Oldham's alter-ego will tell you, whilst hunched at the bar, is a tale of inescapable love, a curse both in waking and in slumber which leaves him weak and powerless, yet determined to see out the sentence he's been handed. The narrative is eased along by the downtempo contribution of the bar's eight other occupants - bass and drums, guitar, cello, viola, a couple of violins and soaring harmonies via the voice of Faun Fables' Dawn McCarthy - and with the music drawing deeply from the well of traditional blues, added touches of country and folk provide 'Cursed Sleep' with a sweeping soundtrack as tinged with loneliness and regret as our broken, gruff-voiced narrator.

Billy's throaty tones project his woe and regret both lyrically and in delivery, void of anger and so accepting of his fate that the only light seems to be reflected from the bottom of his bottle. 'Cursed Sleep' is five minutes of smooth blues-country - technically sound if occasionally lacking variety - and should new album Then The Letting Go be as assured as this first offering suggests, the bonnie Prince's bar crawl may continue apace for a few years yet. Good news for us, if not for our bedraggled barfly.