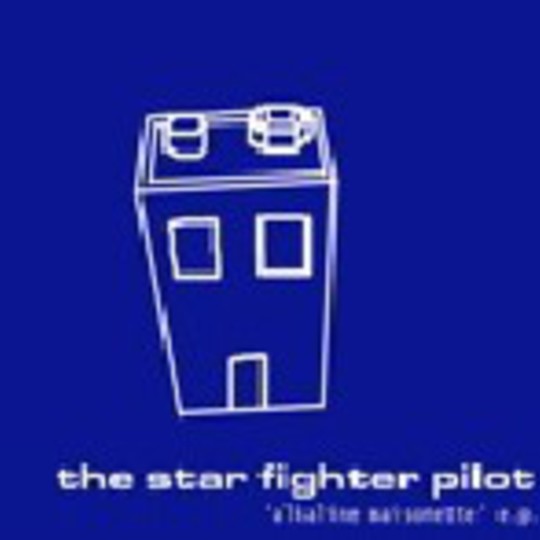 With the advent of myspace and its subsequent offspring and secondary music libraries appearing with the regularity of a buttercup in May, every man and his dog, next door neighbour and mum's bingo pals are being encouraged to make their "tracks" available on the 'net.

Quantity 1, Quality 0 so far then folks.

Occasionally though, a cellophane wrapped gem drops through the letterbox, such as 'Alkaline Maisonette', the second EP from Mancunian one-man band Martin Bryant, aka The Star Fighter Pilot. Mixing the twisted beats of Squarepusher with the bitter poetry of The Lilac Time or even fellow Manc Jim Noir, Bryant reveals both a touch of sentimentality ('Ringo Starr Love Thing') and savage electro-tinged brutality ('Your Get Up', 'Product') across the four tunes on this EP that suggest he may have several sections of the genre police in tow after his number before the summer's out.

Standing out from the rest though is the Beck goes to Gorton period drama 'Dogbite', where Bryant recalls being mauled by some pooch and getting his mugshot on the frontpage of The Sun 15 years ago. Ironic he may be now, iconic is something we could be using to describe The Star Fighter Pilot as being in years to come.