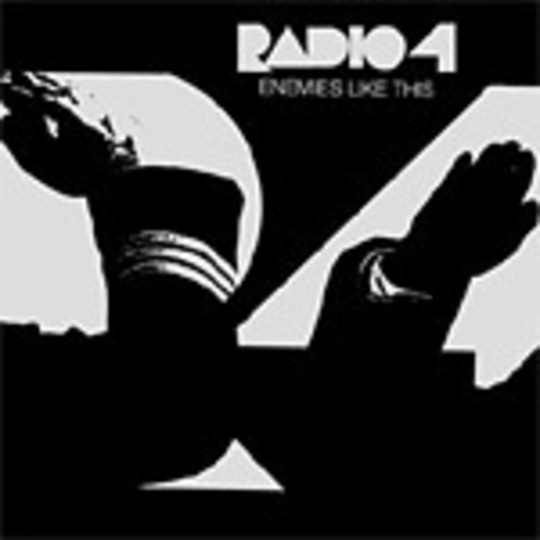 Don't ask me why, but I'm quite superstitious about tracklistings. I have a strange tendancy to dislike title tracks and I'm also slightly dubious when the first single to be lifted from an album is number one on the record. Things don't bode well for Radio 4, then, because the opener of Enemies Like This also happens to be their comeback single and the record's title track.

Having heard all ten, I can safely say it's also the best thing on offer here and listening past this dynamic slice of post-punk-funk (think Bloc Party produced by The Rapture) proves something of a chore. Having said that, it's quite fun trying to work out whose sound they were trying to steal (apart from Interpol and BP) on the other nine songs. Highlights of this game: 'Packing Things Up On The Scene' – Stereo MCs, 'Grass Is Greener' – Killers and 'Ascension Street' – The Clash.

A few years ago, before every Tom, Dick and Harry starting churning out this sort of thing, Radio 4's latest LP would have been welcomed with open arms by those in search of a quick 'n' dirty punk-funk fix. But now, with the genre oversaturated beyond belief, bands need to produce something special and original to stand out from the crowd. Radio 4 fail to do that, and though they'll make few enemies from this record you can't imagine them picking up many new friends.