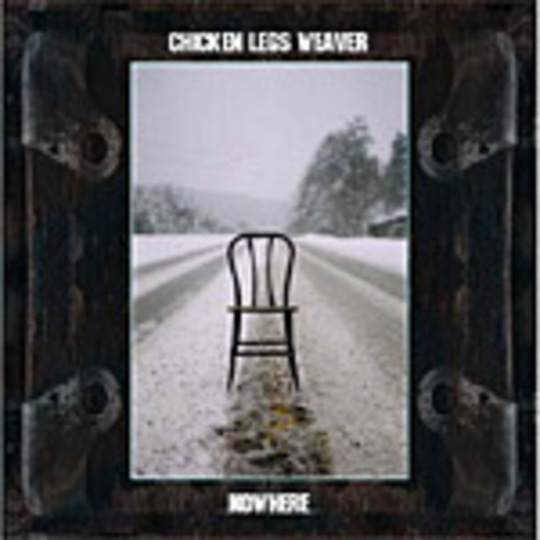 Frontman Andy Weaver (which goes some way to explaining said name) possesses one of the most unnervingly guttural vocal styles since Tom Waits committed his gravelly tones to acetate, and the initial effect is somewhat disconcerting. Get used to it, though, and you're in for a treat with twelve tracks of thumping, pumping blues-rock that make The White Stripes' recording methods sound overblown.

It's taken ten years for Chicken Legs Weaver to release their debut album, and Nowhere is a statement that would have undoubtedly been ahead of its time in 1996. Perhaps the delay has served them well, because blues is fashionable once again as the success of Mr and Mrs(?) White has proved.

CLW's sound is equally primal, with Weaver's rasp supplemented by drums and bass before exploding with a lascivious slide guitar solo or blunderbuss riff. Slower, more considered numbers like 'Love Lost' and 'Sheol Station' are rare deviations in an otherwise high-octane 50 minute salvo. It's all worth a listen, but casual consumers would be advised to check out 'Spring Isn't Coming This Year', 'Your Enemy Cannot Harm You' or 'Desert Rose'.

This is a throwback to a time when an album really was an album; there are no obvious single contenders here or Radio 1 friendly anthems, just stripped-down blues workouts. It might not appeal to the masses, but anybody with a penchant for Robert Johnson or Muddy Waters will find themselves at home – if they can overlook the ridiculous name, that is.