You Are The Music EP 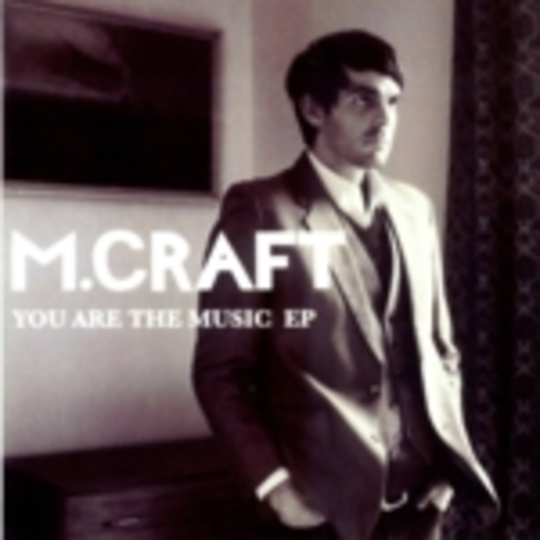 Have you ever wondered what it would be like if commercial radio stations that tout 'a better music mix' actually delivered? What if rather than hour upon hour of bland love songs that rarely deserve to be remembered, let alone revisited, 'the best of the Seventies, Eighties, Nineties and the best of today' meant Cable, Elliott Smith and the A-Team theme tune? It's a fine idea, but Martin Craft has an alternative which is just as excellent.

M Craft's 'You Are The Music' is quite literally a better music mix: the dry delivery of Cake's John McCrea, the pronunciation of Ben Lee and the occasional double-tracked vocal reminiscent of Peter Gabriel and the essence of 'Lost In Music'-era disco all rolled into three minutes. The funk guitars are mixed low in the track, bringing Craft's voice out as the vocals – calm, reserved and tender - reflect the down-to-earth nature of the lyrical content rather than the grooving rhythm section. Light, soothing backing vocals create a gentle, whispering sentiment which, rather than thrust itself into your face until you bend to its wishes, will sit at the back of your mind until you softly hum it for hours.

Which version you hum is a different matter as M Craft – seemingly never out of good ideas - hands his new creation to two of his friends, King Creosote and Ali Love, for them to twist about, decode and re-wire. Each new version explores different avenues: King Creosote brings out the softer side, his deep Scottish accent laid over accordions and looped over strummed guitar as drums thump in the distance, whilst Ali Love runs with the disco-funk idea and unleashes synthed-up electro-disco and mechanical vocals. Whilst the latter is undeniably toe-tapping, it is Creosote whose unusual arrangement eventually triumphs. The quiet emotion of “When the silence comes you’ll be all that I need” shines through much brighter than either Love's metallic display or Craft’s unmoved stance, until you wonder exactly what would happen if you re-edited the lead track with Creosote in place of Craft himself.

Rounded off with Craft’s muggy yet bouncy, out-of-tune, bass-heavy b-side ‘Somewhere In Between’, the You Are The Music EP is a worthy purchase with varied appeal even if, arguably, the eventual star of the show might not be the man whose name is on the cover.