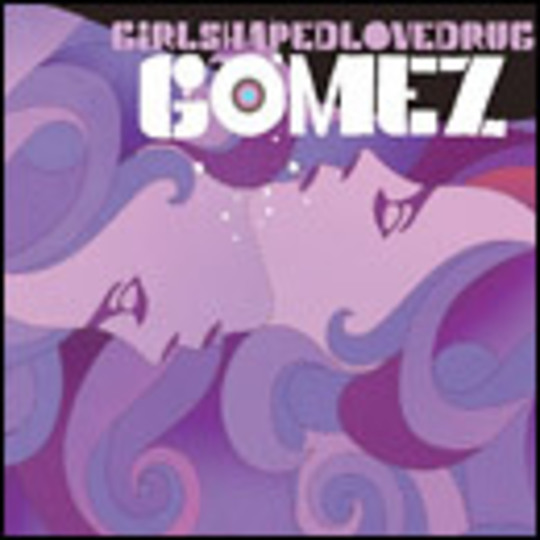 The year is 1997. Travis only have one album, Radio 1 is playing 'Song 2' on seemingly constant rotation and somewhere in Southport, five youngsters who shun Britpop in favour of blues-kissed rock are inking a record deal. They are known as Gomez.

Jump to the present day, and Gomez have found themselves a great new sound with which to launch a fresh attack on the music scene after two years away, and it may sound a little familiar. ‘Girlshapedlovedrug’, mixes the sunny, three-part harmony antics of Dodgy’s ‘Good Enough’ with the cart-wheeling youth of early Midget and the beaming grin of Snug, for three minutes and twenty nine seconds of unashamedly infectious, vibrant guitar pop. With Tom Gray's warm and soothing tone, it is easily identifiable as Gomez, but musically it displays a naivety hitherto unseen from the Southport collective; an uptempo, summer anthem which sweet-talks your stereo speakers into pumping sunshine into the room. Surely Britpop was never this fun?

Whether ‘Girlshapedlovedrug’ is the result of a regression back to childhood bought on by a collective mental breakdown, or merely caused by the unearthing of a time capsule buried by The Bluetones when they last hit the Top Ten is unclear, but should this single be representative of the new album How We Operate, we may yet find Gomez at their sunniest and happiest of high points.

Emmy the Great at Leadmill, Sheffield, South Yorkshire, Thu 18 May