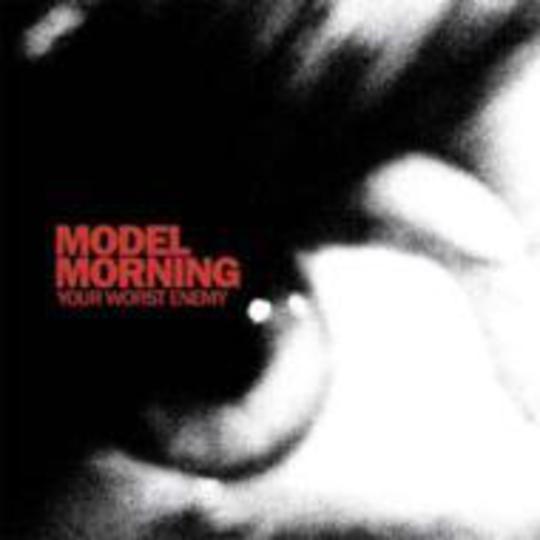 From the confines of Richard Warren's (Echoboy) backing band come Model Morning. Whilst it would be easy - not to mention lazy - to label them as 'sonic experimentalists', perhaps white-noise-fused traditionalists would be a better epitaph if Your Worst Enemy is anything to go by.

You see, while their prog-flavoured ballast of ambient rock is a welcome respite from all things 2 Tone and post-punk for fifteen minutes at least, it would also be fair to say that they wear their influences on the lapels of their jackets like a bus driver would a name tag, or a member of the clergy would his white collar. Yes, that obvious.

Still, that's not to say they have anything to be ashamed of, although the Six.By Seven comparisons - both due to the band's locality and expansive, pastoral soundscapes - will be hard to avoid. In fact, singer Pete Morley sounds like a double-edged amalgam of the two Chris's, Martin and Olley, in that his high-pitched arpeggio occasionally sounds fraught and about to implode, as on the sweeping and occasionally swoonsome 'Sinew'.

Elsewhere, 'The Worst Of The Three' is a less introspective ballad-y type song that may hint at Model Morning's future direction, while 'Fashion Gay (Belonging)' could be a more desolate Doves if they relocated to the Midlands and shaved their beards off.

The high point of Your Worst Enemy is undoubtedly the fact that all six tracks fit together like a perfectly constructed jigsaw puzzle, no part seemingly out of place whichever order you choose to run them in. Unfortunately that proves to be the EP's downside, too, as despite there being no moments of excruciating aural pain, nothing really stands out either. Thus, the best way to sum up this record is 'Nice'.