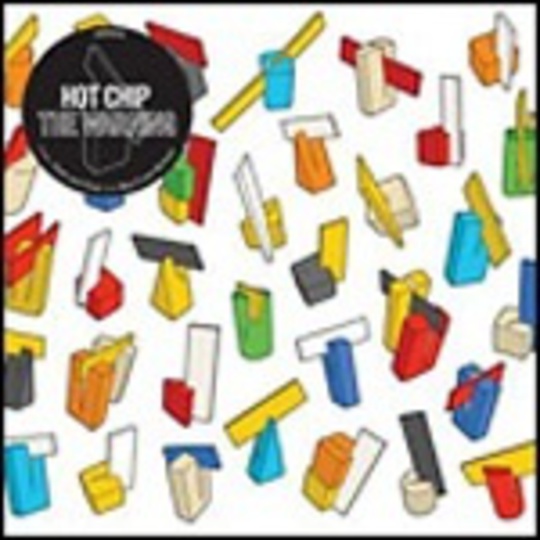 I have an admission to make: about a year ago, I stalked Hot Chip. Over two continents and a multitude of U.S states. It wasn’t entirely my fault. Wherever I went, bars, gigs, parties, airports, aeroplanes, they were just THERE. Admittedly, some of those gigs were Hot Chip gigs, but that’s merely a factual distraction. Hey, they were more innocent times my friend.

Indeed, twelve months ago, Hot Chip were merely a notation in the footer of current music ‘happenings’. Dearly loved by a few, but not on the cusp of recognition as they are now. It’s not hard to understand why; their debut LP ‘Coming On Strong’ was released on ultra-ace indie Moshi Moshi to a minor fanfare but no more. The band developed a reputation as dynamic, funk obsessed ne’er do well office workers. Which was, and is, only half the story. The standout track both on their first record and their live set was a beautiful, uplifting, sombre kitchen sink misery called 'Crap Kraft Dinner'. Over seven minutes, the song unfolded into a hypnotic mantra of deliriously wonderful self-loathing and doubt. A tearjerker.

Of course - and apropos to this - you may know the quintet for their chart bothering, spine jerking 'Over and Over', a grin-inducing distillation of all the magic of one side of Hot Chip. The bit that dissed indie kids who reckoned they were Down With Prince, and liked to cruise round South West London in a Peugeot pumping out tunes. It’s good; very good in fact, but it’s not what makes Hot Chip great.

It’s the other side that does that, the loneliness of the pre-prepared meals for one. The heartbroken outsider slowly weeping into their Casiotones and Micro Korgs. Which is why new record 'The Warning' will claim your souls and break your hearts. Those hoping for a white boy funk party record will be partially disappointed. Those who understand the true magic of the Chip will gladly clutch 'The Warning' to their beating chests.

New single 'Boy From School' goes someway to illustrate this point as Alexis Taylor croons of school outsiders backed by soothingly ponderous bass and the most stately of funky beats. It’s all about the breakdown of course; When Alexis and Joe Goddard trade "I got… I got… lost" / "you said this was the way the back" lines it's just about possible to hold in a single tear. 'Colours' is a more pastoral splendour, but equally as affecting; once again the multi-layered vocals vie for your affections, sounding like a twenty-first century Simon & Garfunkel. Yes, that is a good thing. On the other side, 'Just Like We (Breakdown)' and 'Tchaparian' offer head nodding beats and tougher-than-you posturing, but it’s hard to compete with the raw balladeering of 'Look After Me', an update of Dionne Warwick**'s 'Walk On By'. When Alexis exposes himself and opens up his vulnerable heart, it’s impossible not to be affected. When he suddenly breaks off to declare "Every time I see your face I break down and cry" it's devastating.

There’s something wonderfully warming and self characterising about Hot Chip, as illustrated by the Boards Of Canada-esque 'The Warning' when they declare over the most gentle of backing tracks that “Hot Chip will break your legs / Snap off your head / Hot Chip will put you down / under the ground”. It’s hard to define, hard to explain, but it’s a gift that is theirs and we’re lucky they share.

Album closer 'No Fit State' is possibly their finest hour, as Goddard and Taylor once again trade off a eulogy to tired and noble self-realisation; world weariness and paranoia seeps into a semi-joyous declaration: "I’m in no fit state / in no fit shape... to fall in love with you... to bust my body up... to drink out of your cup... to act a fool in love... acting hard’s been tough..." And then they're gone, and Hot Chip are once again alone. It’s better that way. It’s how they write songs of this rare beauty.