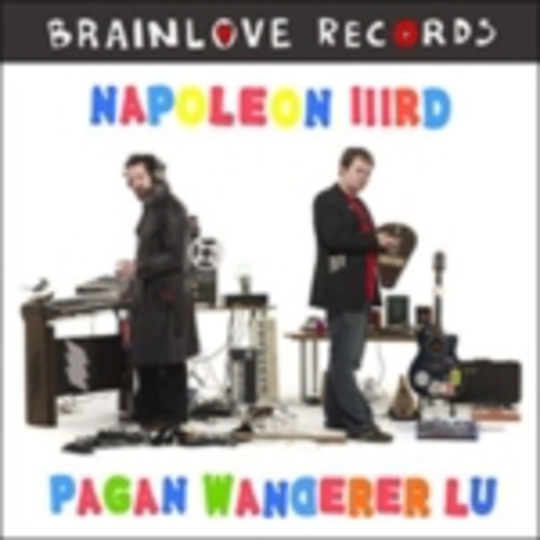 Melodic electronica, how we love thee. The first offering from the Brainlove Records Singles Club scoops songs from Napoleon IIIrd and Pagan Wanderer Lu from the sizzling baking tray and shovels it into our hungry, fat mouths.

Napoleon IIIrd’s ‘Hit Schmooze For Me’ is the audio equivalent of a Magic Eye picture. Initially, it all seems random - voices come at you, pausing after each word, accompanied by a lazy, laid-back and tripped-out beat, imitation brass section and all, before it drops out to let the discordant almost-harmonies of the chorused vocals take the lead. After a while, things take shape, patterns appear as parts are repeated, a chorus is formed, yelled and double-tracked like an irate Tunng at war with his day job. Come the second verse, one line is sung using two different vocal patterns and the results laid over each other, intertwining briefly before an uptempo disco beat brings the whole thing into line, the intricately woven picture complete in proud 3D.

Proudly displaying a multitude of influences, ‘Repetition #1’ begins with folk guitar and finger-plucked chords before a simple Casio rhythm kicks in and xylophone-imitating keyboards sweep over the song’s bridge. Seconds later, Pagan Wanderer Lu hits the button on the ejector seat and the entire thing is replaced by the soundtrack to a coin-op arcade game, with all parts held together through a repeated kick drum in the background. Whether it’s Nintendo-folk, folktronica or Casio-coustic, it sounds like someone gleefully hammering together two pieces of a jigsaw that aren’t supposed to fit, and the song only settles down as Lu’s comforting voice leads out with “When you die, what goes through your mind?” set to the light chords of a keyboard.

Two songs, two snippets of electronica to bother the grey matter: the rest of the singles club has a lot to live up to.