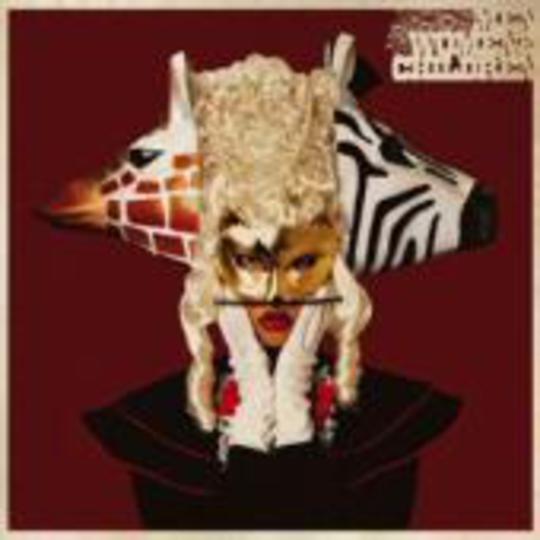 Talk about jettisoning one’s proverbial load a little earlier than hoped. Men Women & Children‘s debut album begins with a slice of disco-rock brilliance, but soon descends into mediocre punk-funk workouts that make The Killers’ pop trash seem as full of substance as a Saul Williams monologue. ’Dance In My Blood’ really is so good that, even a couple of songs later, the listener is still hoping for a similarly infectious dancefloor filler to sink their stiletto heels into.

Sadly, one never emerges from the rubble left in the wake of such an impressive opening gambit. Although the New York-based band look good on paper - Todd Weinstock served time in Glassjaw, so there’s some pre-play hope that Men Women & Children may be comparable to Head Automatica‘s Decadence, and the band has previously shared stages with The Blood Brothers - the production of these songs is so unnecessarily polished that any affecting content is lost behind a blur of studio gloss. Every song passes the listener by, slipping like silk on a freshly shaven limb, leaving nothing but the faint smell of photocopier cartridges behind. It doesn’t quite smack of total plagiarism beyond the call of duty, but adds such little freshness that one feels sickened by the rottenness of it all.

As track three, the genuinely awful ‘Photosynthesis (We’re Losing O2)’, stutters to its end and collapses into the unbelievably shit, sub-Scissor Sisters ‘Who Found Mister Fabulous’, patience is likely to be lost. Eject now dear listener - trust me when I say nothing better will come your way.

But that first track, brilliant. Quite how one band could write a pop single of such delightful exhilaration and follow it up with eleven more songs of shit is beyond this critic.

Reverend And The Makers at The Spread Eagle, London, South East England, Tue 02 May