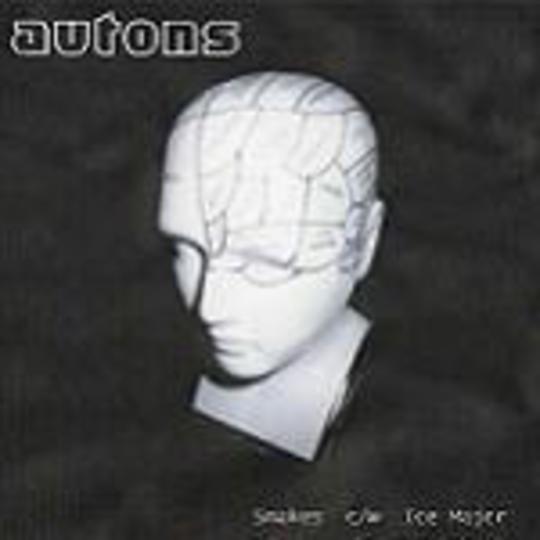 I have no idea what the hell this lot are going on about, but I’m nonetheless rather enjoying them. They may be singing about election rigging and the low life expectancy of turncoat politicians, or they may just be off on some insane sci-fi parallel universe kick. Or maybe they just like the way the words sound.

Either way, the results hit the spot: this is the kind of attitudinal disco hardcore which leaves one torn between the urge to dance Proper Like and the urge to just hurl oneself round the room like a flailing whirlwind with rhythm. Mixing laser electro effects, pop sense and an apparent saxophone and turning the resultant sound-tableau up to Rock, Autons are fantastic, leftfield fun and have more Beat than the Ramones Brat.

In fact, this is on occasion so jerkily uber-rhythmic as to be almost techno, which fits quite well with the atmospheric tranced-out breakdowns – and, indeed, with the space invader arcade effects and the sense of dance floor aneurysm invitation. Highly enjoyable chant-along thrash-pop noise: go get.

Who the fuck are Arctic Monkeys?