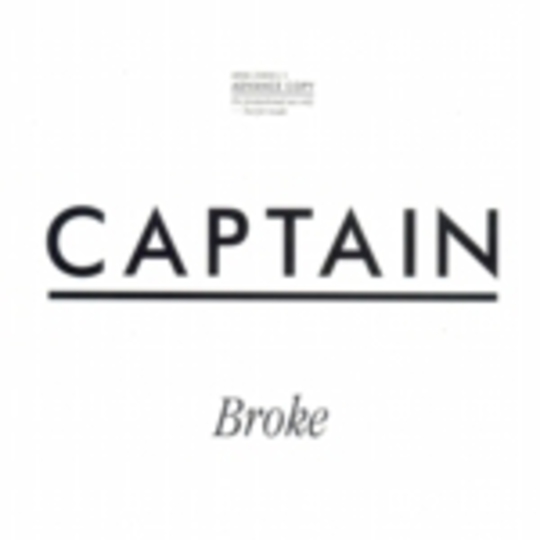 It may have just been the Guinness adverts, but it was probably some Wise Men that said good things come to those who wait. At the end of the 1990s Captain's vocalist Rik Flynn and drummer Reu Humphries were members of equipment-trashing Kettering kids The Junket, and they’re finally ready for a second shot.

Rather than the brash indie peddled by Flynn’s former project, Captain’s 'Broke' takes a more mature approach, largely thanks to the introduction of a female co-vocalist, Clare Szembek, to the mix. With inoffensive, slick, crystal-clear guitars, it gently penetrates your consciousness in a manner that is highly radio-friendly - it sounds in places as if indiepop scousers Ooberman came down from the Faraway Tree and bought a house together, got an ISA and a subscription to the Independent – but to dismiss it as another boring indie effort would be cruel: beneath the glossy exterior lays a well-crafted pop song. Szembek and Flynn sing most of the song in harmony, aside from a small relay between the two in the middle eight, and it is Szembek who steals the show with her innocent, coy call, while Flynn’s vocals lie beneath as a foundation for her to build upon before the soaring, breezy summer’s chorus.

Depending on with how much gusto they can deliver their forthcoming debut album - twelve songs as feelgood as 'Broke' would surely leave a sickly taste – we may end up as sick of Captain as most of us are of Keane, but the second chance for the former Junket kids certainly bodes well in terms of potential. Whether it can translate into sales not even Wise Men can tell you.

I My Me Mine