Spiderz In The Bar (Part II) 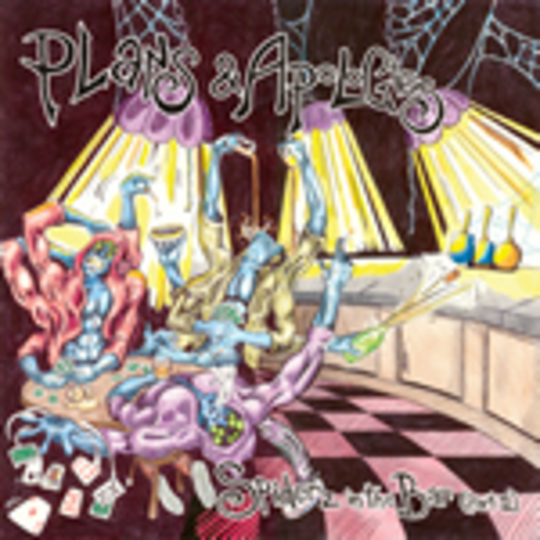 A seven-piece act that sound significantly smaller, Derby’s Plans & Apologies nevertheless create music that’s defiantly pop despite its thinly veiled aspirations to be received as something grander. You’d almost, almost, go so far as to say it was twee, if such an adjective wasn’t such a terrible cliché.

Pitched somewhere between Belle And Sebastian and, ahem, Nizlopi, ‘Spiderz In The Bar (Part II)’ is folk squeezed against its will through some filter of utmost jauntiness, pop-rock with its amplifiers powered by hamsters in wheels. It’s cute, sweet, nice; that said, it tries its hardest to freak out come its close, guitars racing to an anticlimax of immediate silence. I’m no fan of fade-outs, but such a curt closing is an opportunity missed.

Is nice enough? For now, sure, as there’s evidence enough of potential in these three minutes to ensure that critical ears will bend Plans & Apologies’ way again before long.