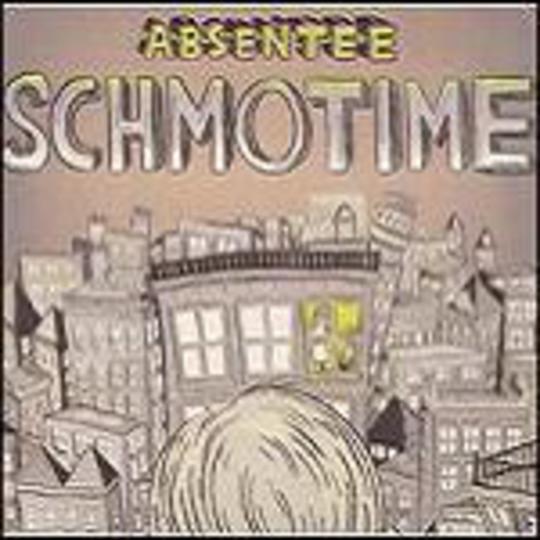 As Absentee vocalist Dan Michaelson is testament to, there's something really quite hypnotic about a guy with a deep voice. I just thought I’d get that out of the way. As even though this is the sort of album than twinkles melancholically in every dusty corner of its frazzled, expansive sound, it’s his voice that immediately drags you ear-first into their bleak yet beautiful world. You know the score, like Tom Waits trying his best to front Grandaddy and not scare the listener senseless, or J Mascis playing at 12rpm whilst the rest of the band carry on regardless. Or maybe even Chris Rea deciding he should be singing something a bit more revealing yet 'hip'. Whatever. As soon as the opening gambit of “In my life I have been known to bring home more troubles than I’ve solved...” croaks in, that’s when Absentee’s debut ‘Schmotime’ ought to get a hook on you.

But despite this automatic response to just the vocal part, it’s ultimately the skin around the depth of this full-length; their sound harks back to the best of indie-pop in the last twenty years, making them a worthy band to fit alongside anything tuneful, richly-produced, muscular and melodic. Aforementioned ‘More Troubles’ staggers triumphantly with sacred-sounding organ, colliery-sounding brass and a drum sound that would make Phil Spector want to start producing decent records again, and even a song with as appalling a name as ‘The Truth Is Stranger Than Fishin’ can swivel dramatically from being an Americana-tinged ditty to a full-blown alt.rock stomper.

Yet, there’s also something much more here…or, depending on your frame of mind, less, considering the moodiness and pessimism crawling through the lyrics. ‘We Should Never Have Children’ is a prime example of this magnificent glumness, narrating to the sound of a kids' choir and screeching feedback the ridiculous of a doomed relationship, whilst ‘Something To Bang’ details the writer’s guilt at the need he has to form such relationships – and not just so he’s got someone to talk to, nudge nudge.

Admittedly, the contrast between the gruff vocals and the lush music occasionally teeters close to the edge of just not working, and on occasion topples over – on the exchange between Michaelson and keyboard-caresser Melinda Bronstein, it’s the female vocals that seem to gel best, almost like they’re singing for two different songs. In other places like ‘There’s A Body In A Car Somewhere’, (a title already reassuring in its cheeriness, eh?), the chirpiness of the music doesn’t seem to compliment the graveness of the narrative quite as well as it should. Yet, like all the most loveable bands, they’re forever hovering just on the brink of not quite working – and, hence, they end up working spectacularly.

Sure, theirs is a world full of shattered hearts, even-more-shattered dreams and desperation to escape. But for the sheer gorgeousness of the music it creates, it’s a place worth visiting at the first chance. Now where did I put that Lemsip…