One Cure Fits All 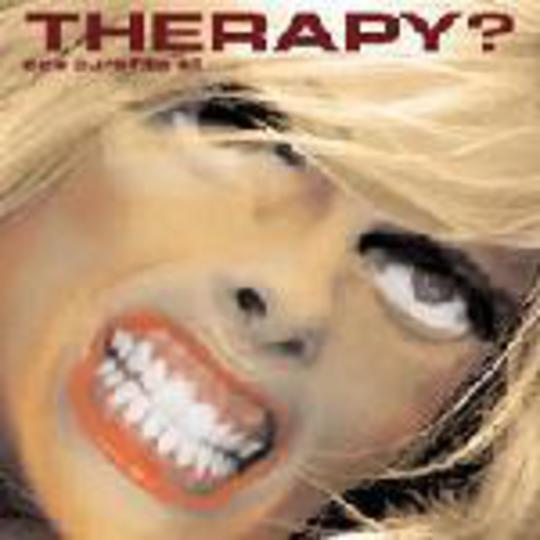 In the last 15 years, Therapy? have been busy making rock music. Laborious, exciting rock music. During this time the band have ploughed on regardless of whether the British public took heed of their music, and have had to endure awkward line up changes and impulsive musical progressions. With all this experience, the band certainly remember the knack of writing a good tune, and their 11th album is no exception.

After the short introduction of ‘Outro’ fades out, real opener 'Sprung' is unleashed, and believe me, this is thrilling. A driving guitar line leads the piece while Andy Cairns observes the tribulations of daily life through the medium of his snarling vocals:

“You’re on your own, don’t take it lying down”.

This track may serve as a fantastic opener, but it fails to set the tone for the rest of the album. Sure, ‘Deluded son’ and ‘Rain Hits Concrete’ are undoubtedly wryly infectious, but we’ve come to expect so much more from the Irish noiseniks in the last few years. Instead of exciting the listener with intricate riffs and pounding rhythm sections, we get predictable one line choruses, repeated guitar lines and safe, slightly contrived lyrics. This may go down well with commercial radio, but I can’t see this being as sonically exciting on the 11th or 12th listen like its predecessor, or their seminal album Troublegum.

That’s not to say that Therapy?’s 11th opus is bad. It may be predictable, but as with all Therapy? songs it’s very catchy, and will have you singing it for days on end. Neil Cooper's impelling rhythms juxtaposed with Michael Mckeegan's overwhelming bass lines keeps the album true to the memorable Therapy? sound, and this shows on the late highlight of ‘Private nobody’: Typical Therapy? lyrics dominate the song while the instrumentation is incorporated into a midsection that wouldn’t go amiss on a My Bloody Valentine album. This is the Therapy? that we heard on early releases, and the one that has made the band a fantastic alternative to the rock fads that have graced the music scene in the last decade.

So, a good album from the Irish rockers, but one that suffers from the songs within being too safe and predictable. If this is (which I suspect it is), an attempt to get the band back into the mainstreams consciousness, then they are on the right track. Many of the songs on the album are potentially radio friendly, but after the challenging depth of Never Apologise, Never Explain, some Therapy? fans may leave feeling slightly disappointed.

One thing you can’t accuse Therapy? of is making an album twice, and One Cure Fits All again delves into uncharted territory.