Content Always Was My Favourite Colour / Tragedy Of The Commons 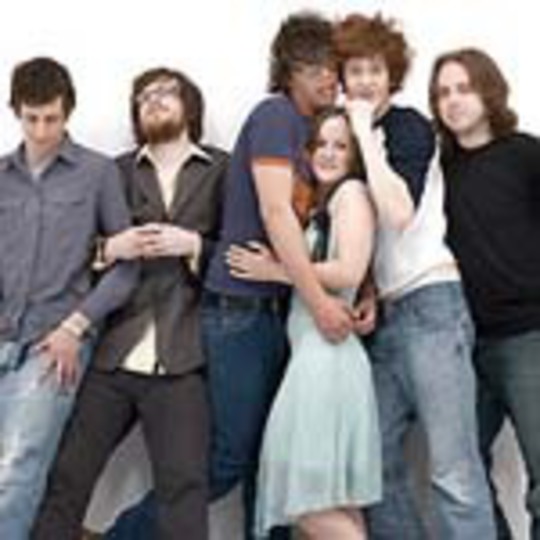 Lifted from their frankly dizzying debut album Underwater Cinematographer, ‘Content Always Was My Favourite Colour’ provides the previously uninitiated with the perfect opportunity for some sonic immersion; this is the moment to let The Most Serene Republic beguile you with their alien aural beauty, to seduce you with their dreamlike compositions that shouldn’t work, such is their apparently haphazard nature, but do simply because of the rich enthusiasm and keen creativity that shines through surface cracks born of the weight on this young band’s shoulders.

What weight? This weight: The Most Serene Republic should be held in the same high regard as so many of their more commercially successful Canadian peers, so allow this writer to heap atop their tender frames a little pressure, a little hype even, albeit of the kind that’s organic. ‘Content Always Was My Favourite Colour’ will leave the complete newcomer stunned into immediate purchase, and then the process begins in earnest: they tell their friends, they tell their friends, the band’s days of playing the Barfly on their UK stopovers become pleasant memories. That, or maybe even shows of lore: “I was there,” dropped by every scenester two years from now, even though they know full well they were finishing an English degree in Hull while a certain Ontario sextet was brightening horizons in north London.

But what, exactly, are the reference points to which said newcomers can look to get hooked before they’ve heard a note? The Flaming Lips and Death Cab For Cutie, The Dismemberment Plan and Broken Social Scene. For all it matters, add Slayer and Yes and Peter Frampton: the point, as if it wasn’t obvious, is that The Most Serene Republic carve out songs of splendour so without precise precedent that one can’t help but fall madly for them. Lust or love, only time will tell.

For now, though, I’m head over heels. Let the hype machine start its cycle, so long as its taste sensors are sufficiently employed.