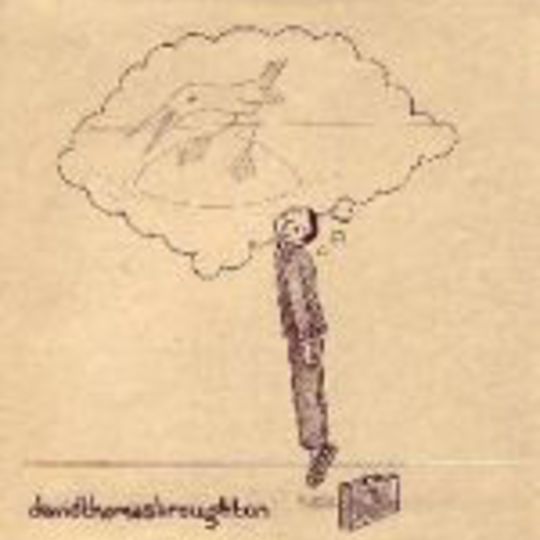 When I saw David Thomas Broughton live he played a brief set, no more than fifteen minutes long, plagued by a poor PA and a chattering, half-interested crowd. Increasingly frustrated at the unfavourable surroundings, he seemed to retreat into himself, shrouding his songs with ever-increasing layers of loops of guitar playing and hitting, eventually ending his appearance rocking with his head in his hands before walking off unannounced. That isn’t to make the twenty four year old singer/songwriter from Leeds seem petulant or, more to the point, any more maudlin than an artist with a debut album called The Complete Guide To Insufficiency may already be, but instead to relay a sense of what that album is all about. Certainly, when closing track 'Ever Rotating Sky' collapses in a sad, tangled mess of drums, loops and graceful harmonies, I think back to Thomas Broughton, absorbed in intensity after that gig.

Like the all the best folk music, themes of love and death are present on The Complete Guide To Insufficiency in equal, mutually inclusive measure. Indeed, the album was actually recorded in one take in the Wrangthorn Church in Leeds, and, as you’d expect, it creates a haunting effect: the sparse guitars, occasional drums and Broughton’s Antony Hegarty-esque voice finding their niche inside church walls in much the same way recording in a silo works so well for My Morning Jacket; it complements both the sound and the ethos behind it. Whereas the delicate finger-picking is in lieu of the leftfield instrumentals of John Fahey, the overall effect actually lies closer to Ben Chasney’s Six Organs of Admittance: beauty with a dark undercurrent.

This sense of threat is no more present than on 'Execution', Broughton chanting “I wouldn’t take her to an execution / I wouldn’t take her to a live sex show” with religious fervor until the delicacy of the vocals is overwhelmed by a growing, growling wall of sound. Even if the looping effect, the only detraction from the otherwise Spartan production, does play the role of a kind of sonic security blanket for Broughton to fall back upon, coupled with the acoustics of the church, on 'Unmarked Grave' - among others - it serves to produce a spectacularly anxious chorus of self-reflection. Similarly, 'Walking Over You' begins with a frantic, panicked scramble of guitars only to retreat back into another hymn to insecurity; the looping acts like a kind of release, a folk equivalent of the punk growl.

Although only five tracks long the album clocks in at almost 40 minutes; The Complete Guide To Insufficiency creates much the same sensation as Panda Bear’s Young Prayer, both having an almost meditative quality to them. Broughton’s effort, however, exists as the darker of the two, containing a sadness flustered with beauty - like how **Will Oldham once sung in the sweetest of voices, “I see a darkness... won’t you save me?”. Like Oldham, Thomas-Broughton has created a world of his own; one haunting, fragile, full of tension and reflective delicacy, marking him out as one of the most promising artists in the North, or anywhere else, at this moment in time.