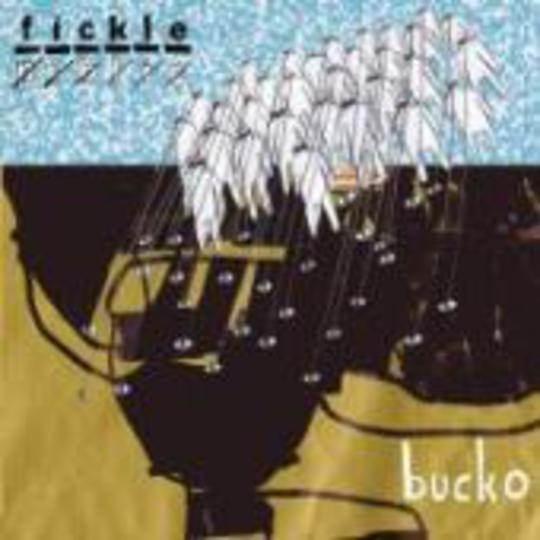 It really doesn’t seem so long ago that I spent the odd Saturday evening losing myself to Idlewild, At The Drive-In and Hundred Reasons, each nerve end prickling in time with the crushing close of ‘Cerebra’ and each hair standing to attention come the bowel-unbalancing bombast of ‘Idea Track’. If ‘One-Armed Scissor’ was activated, well, stand clear would be my solitary slice of advice. I was younger then, more impressionable and easier to intoxicate, but the feeling that I associated with certain records then remains today: when I reach for 100 Broken Windows today, I fully expect to be piling into a car once twelve tracks have played out and swig cheap lager from a can all the way to a Liverpool club.

Few records since have churned my insides in such a manner: call it maturity, an over-exposure to rock or whatever, but albums born of an aggression that still simmers once committed to tape seem few and far between in 2006. Perhaps the blame lies at the feet of The Strokes? After all, their sharp suits and seductive looks consigned the fleetingly fashionable likes of the aforementioned trio to critical respect over mass public adoration. Fickle Public, though, have mined their debut album from the same hills as Idlewild et al, and their rock’s just as potent. It tumbles the listener with ease, knocking them from a steady footing as early as six seconds in when the intro riff to previous single ‘Just Like I Got Used To Saying Courteney Cox Arquette’ slams into eardrums like a twelve-bellied bully does the school science swot each and every lunch break. The initial impact’s solid, but it’s the aftershocks, the wrap-around slaps in the face, that ultimately consume the song’s target: you. A few crunches and spine-cracking shrieks later and it’s all over – breathe again, deep ‘til your lungs can’t fill any higher. You’ll need to, too, as ‘Five Four To The Floor’ wastes no time in filling dead air. A breezier affair than its preceding album opener, it’s the closest Fickle Public come to stable indie-pop, partially akin to an obvious influence, Seafood. (Another act that moved me so at the very same age, incidentally. Should I mention Twist here, too? No? Okay…)

Bucko provides a couple of eyes in its stormy duration – at only just over thirty minutes long there’s little time for comfort breaks, the sweetly understated closer ‘Another Exit Ruined By Stairfalling’ aside – but the majority of its bulk is occupied wholly by gigantic guitar riffs and vocals delivered in a manner that borders on the deranged: if singer Alan Ferguson’s not been at the Buckfast during recording, then man-at-the-controls Larry Primrose has managed the in-the-studio equivalent of squeezing blood from a stone. There’s simply so much fire shooting from Ferguson’s belly – as he rages wildly during the closing seconds of the penultimate ‘Rock Yer Voddy’, one’s charged with the real desire to step back from one’s stereo… into another room entirely, just to be safe. The man’s unhinged, utterly detached from his lyric sheet and blasting off on a tangent unplanned and unmapped.

A long time coming, or at least it feels like it, Bucko is nevertheless far from over-egged, something of a personal fear when the album arrived in my possession. Regular gigging alongside commercial successes hasn’t led to a compromising of this quartet’s unparalleled bi-polar on-record personality: mercilessly jagged meets plateau smooth, mighty foam-topped waves crash into plain sailing seas of shimmering turquoise. It’s a record of contradictions, too heavy to be pop but too melodic to be metal; too rocking to appeal to your Girls Aloud-loving flatmate but too accessible, immediately so, to rock the socks of the indier-than-thou punk (yeah, despite all the time changes that pepper it so magically). So, where does Fickle Public’s audience lie?

Me, a few years ago, a can of lager in hand; sitting in a hall laughing with friends, turning the record up during its finest razor-blade riffs, shouting at the television as the first series of Pop Idol plays to its unscripted ending; rushing to tie laces and spray deodorant and brush teeth and finally bundling into a crappy car to get from A to B. Awesome. Brilliant.

When You Wasn't Famous