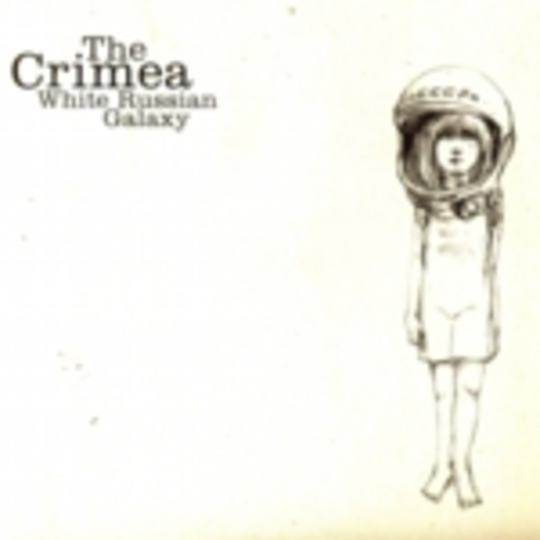 "Straight outta high school and into the jungle..." spits The Crimea frontman Davey Macmanus for the opening line of 'White Russian Galaxy', the second single from their much delayed, actually-quite-good debut Tragedy Rocks. If you think ‘high school’ is too American a term for a British band, it’s probably because they honed their talents in the US, coming back polished, slick and signed to a major.

'White Russian Galaxy' gleams unashamedly, a sunny mid-tempo account of the problems of binge drinking in young women which culminates in a sing-along chorus. It's a basic verse/chorus/verse/chorus affair, with an atmospheric organ break in the middle as pianos plink, classical guitar is plucked and the song flows smoothly along in a way that no song by The Crocketts ever did. Sadly, anyone still looking for the insanity permanently present in Macmanus’ old band is going to (yet again) be sorely disappointed. Sure, he himself still sounds like a graduate of the Will Oldham School for the Deranged, a Billy Corgan drained of angsty anger and filled with bitter memories, a voice cracked with desperation and years of listening to the little voice inside his head, but the band behind him these days are as effortlessly composed as this song is infectiously catchy, tense enough to rank way above Keane in the Indie Scale of Bedwetting, but relaxed enough to be welcomed by the Radio 1 playlist and probably even the cruising-with-the-top-down-listening-to-Phantom-Planet fans of the O.C. alike.

Being the friendly, welcoming track from an album high in bitterness and an example of tried and tested pop over innovation, 'White Russian Galaxy' may not be the crowning achievement of Tragedy Rocks, but it is the safest bet for a daytime radio hit and likely to turn thousands of Kubb-ites onto this particular brand of deranged pop. It’s not going to trouble the end of year polls though.