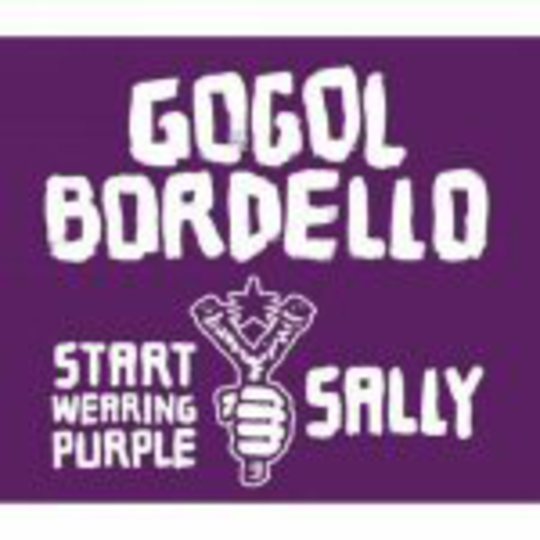 So its come to this; Gypsy-Punk. The endless pirohuetting into wider, transmogrifying waters has brought us to something so seemingly oxymoronic that it might represent a final cross in the list of possible genres.

Its a good job then that this double A-Side is as enjoyable as it is inconcievable. Start Wearing Purple can be seen in two lights. In one, its an insanely catchy three minute sing-along combining ethnic instrumentation with a true (off-kilter pop) punk spirit. In the other its the answer to a 'what if' questioning the result of Sacha-Bowen's alter-ego Borat writting the next 'Bananaphone'. Those happy with a little eccentricity will likely view the song in the first light, even if they do find themselves a little perplexed to why the repeat button has flashed seven times and they are still listening.

Sally is much more in the punk frame. Fiddles crash with snarling vocals and cymbal heavy drumming, the track ninnyhamering inside its verse/CHORUS/verse structure. Vocals are again delivered in Gogol's broken english, switching between shouts of "REVOLUTION" and nonsensical lines such as "Sally was a fifteen year old girl from Nebraska, Gypsy's were passing through her little town". Here we aren't talking about something live-changing, but something that distils the essence of unadulterated fun and spreads it over a completely foreign palette.

Rather like eating a family pack of marshmellows in one go, its sickly and hard to swallow at first but persevere and the rewards are sweet.