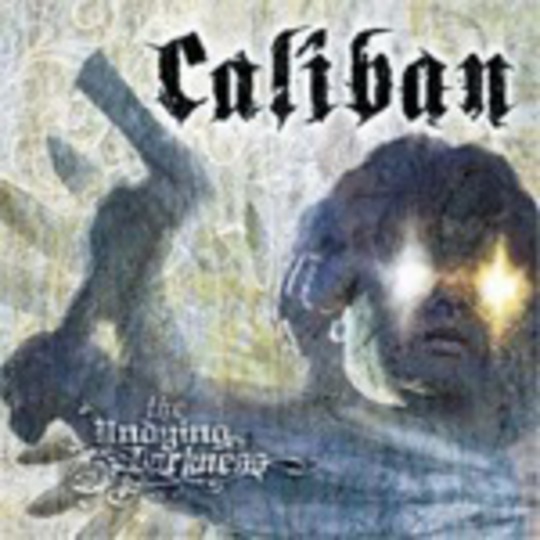 Temporary fashions in the music world can be so cruel. **Caliban **have returned from the Ruhr with their fifth album, _The Undying Darkness_. Having released their fierce breakthrough album _The Opposite From Within _only 18 months ago to massive critical acclaim, leading the rest of the pack, the metalcore scene has seemingly left them behind. Their first three albums saw the Germans pioneering the hardcore metal movement and their (American) peers followed suit in aforementioned vicious style and deep, dark appearance.

They were duly picked up by the metal megapower of Roadrunner Records in 2004 and label links to Killswitch Engage continue to refuse to go unnoticed as their bass player Mike D has created the artwork and the ubiquitous **Andy Sneap **mixed this record in his inimitable style. Check out the staggeringly staccato lead single of _‘It’s Our Burden To Bleed’ _for irrevocable evidence of the metal guru’s handiwork. Comparisons would be harsh, however, as the intricacy and verve found on classic KSE album _The End Of Heartache _are, more often than not, replaced with Caliban’s trademark: sludgy, ill-tempered brutality.

After the explosion in popularity of the metal and emo scene, Caliban realised that they could not continue to ply the same trade album after album. _The Undying Darkness _is a sure progression from their previous works and as with all progression, in both metal and hardcore, there is a marked and welcomed increase in frequency of melody throughout the record, especially during the perplexing refrain of the incredible opening song, _‘I Rape Myself’_.

While **Andy Dörner**’s harshly snarled vocals still make up the brunt of this cacophony, **Denis Schmidt**’s melodic yearnings crop up all the more. This increased time lent to complex melodies and harmonies is matched by an augmented commerciality about the record, exemplified by the cover of **Björk**’s _‘Army Of Me’_. Make no mistake; this is not a pop album by a long, long way but the main problem is that Caliban never seem truly comfortable with their latest musical shift.

Sadly it appears that these former leaders are now followers. Bar the occasional standout track, **Caliban **have delivered a remarkably average album and, in doing so, fail to out-manoevre, out-metal or out-melody anything else that is currently out there. Even if they can claim to have had all the ideas first when they were arguably in their pomp, times have changed and this release already looks slightly tired.