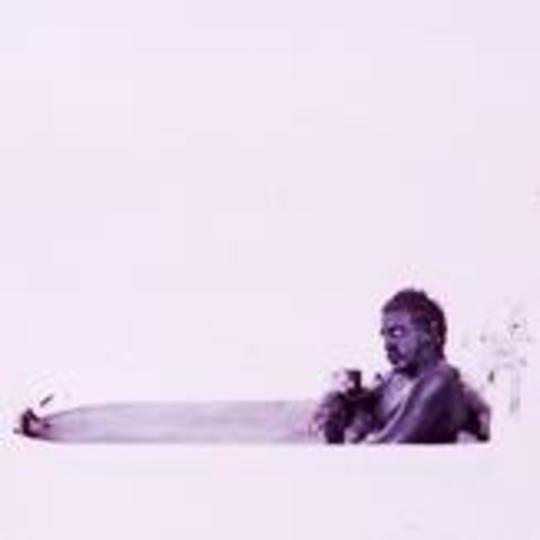 Once upon a time the smart money was on Ludes being the next London squatrockers to follow The Libertines and (gasp) The Others (albeit brief) ascent into mainstream chart territory.

Sadly, Ladbrokes didn't do badly then and if any punter thinks The Dark Art Of Happiness will change Ludes' fortunes, then the bookies are on for another good pay day.

Not that there is anything specifically wrong with this record as such. For a record that contains some songs that were written nearly three years ago it even sounds remotely fashionable in places, as the sea shanty-meets-punk then breaks down into ska rhythms of the likes of Dead Man's Music, Your Dog Don't Bark and Never Had A Chance aren't exactly a million miles away from what young upstarts like Larrikin Love and Les Incompetents are doing at the minute.

What probably doesn't stand Ludes in good stead is that whilst having influences is all part of the schooling process called making music, sometimes they try to emulate their heroes a little too closely to the point where plagiarism becomes an issue, hence the fact that both Traffic Lights and Sailor Boy are almost too much like 'Give 'Em Enough Rope' era Clash for their own good.

Elsewhere though, Mr Benson is a pretty realistic update of The Kinks' 'Dedicated Follower Of Fashion', while the acoustic ballad of Green Eyes is a well-orchestrated, lovelorn departure for Ludes few who attended those early Rhythm Factory gigs could ever have expected.

In all then, not a bad collection but never essential either, and Ludes' eternal epitaph will no doubt be summed up by the chorus of Luckiest Theatre, which asks "When I'm gone will you be sad?" and then answers "...I bet you won't give a damn". Oh well, no point dwelling on what might've been and all that now, is there?