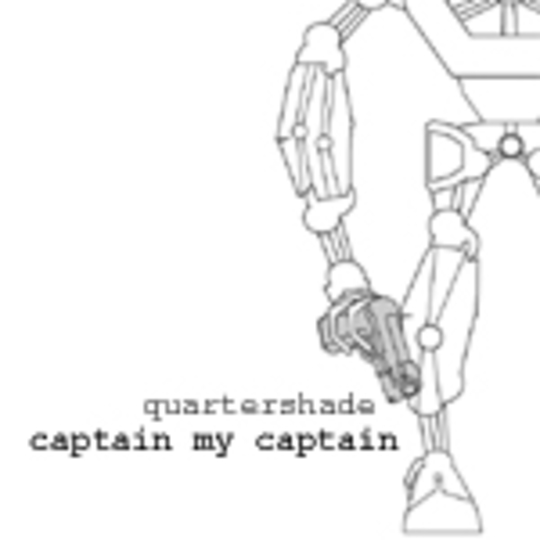 I guess it would be fair to say that Quartershade have little or no time for current trends as far as making music is concerned. I'd even go as far as to say any mention of the name of an ex-member of The Libertines or their subsequent cannon fodder would be met with nothing more than a shrug of the shoulders and a casual "Who?". So with this single, the follow up to last year's 'Machines To Live In', what you actually get is an almost diagramatic lesson in studied, poised, anthemic rock.

Think Feeder before they got famous, U2 in their cross decade period at the end of the 1980s, or even the climactic disparate tutilage of the underrated Longpigs and you're imagination would probably arrive at the same place as that of Quartershade in no time at all.

Captain My Captain contains more hooks than a curtain maker's toolbox, but then just as you've settled back in your set convinced that the homeward strait is in sight, it twists and turns dramatically like an afternoon spent aboard Rita at Alton Towers, only without the need for a sickbag at the climax, of course.

Sister track Fragile meanwhile continues in a similar vein, although it's insistent guitar progression and chugging angst is reminiscent of both junior Radiohead and Biffy Clyro at their most argumentatively energetic, and would suggest that Quartershade already have one eye on their next destination, and a small toilet off the A46 it ain't.