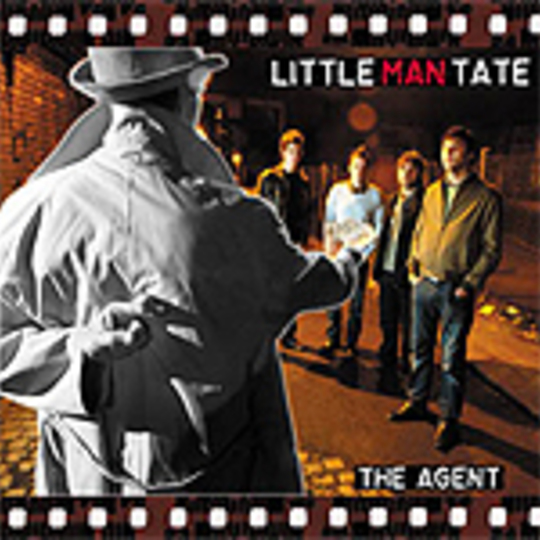 "You've got a funny mind, you're a little bit twisted", sings Little Man Tate frontman Jon Windle on his band's debut single. He's a fine one to talk, discussing as he does bisexual threesomes and crossdressing skinhead football hooligans on their earlier songs.

The first 'proper' LMT release, 'The Agent,' has a bit less in the way of lyrical scandal, but a whole lot more in terms of eminently danceable mod-punk guitars and manic energy. Imagine early 90's Damon and Graham bumping into Paul Weller and Suggs at a strip joint, getting hammered then going to an indie disco and you really can't go far wrong.

B-side 'Just Can't Take It' offers similar high jinks and features an early contender for opening line of 2006, 'I need my cigarettes, I need my cyber-sex to keep me sane / I crave the things that others just regret like drunken flirty texts, shagging in the rain.' It's joyously melodic, sounding like The Coral at their tuneful best – only wearing trench-coats and pacing around a red light district.

Call them pathological perverts if you like, say that they're musically derivative if you must, but you've got to admit that they're the only band around making music for sex offenders to dance to.