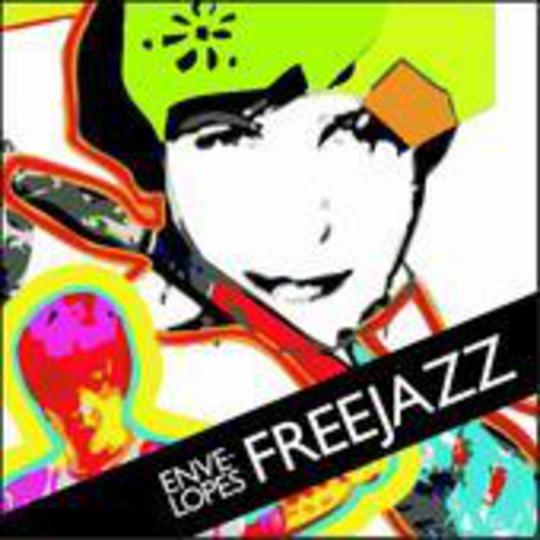 'Free Jazz' by Sweden’s Envelopes sounds nothing like the free jazz of John Coltrane. And, as much as I enjoy explosive improvisational saxophone solos, most occasions I’d plump for Envelopian fluorescent pop music. Where the free jazz of musical definition has tried to wave off structures – compositional, harmonic and rhythmical - this 'Free Jazz' is resplendently neon-soaked in all of them. Where Coltrane and Envelopes might cross over is in attitude: loud, brash, joyous, inventive and unafraid to step right over the marked boundaries.

This aforementioned a-side is patchwork pop of lime green, fuscia pink and electric blue. Lyrics of pragmatic optimism (“Make things happen / Provoke them”) alongside chopped-up, juttering broken English make for a children’s TV theme for the Ritalin generation. There’s that same feeling of uninhibited wonder at everything that ran through early nineteen-nineties children’s television – how Whybird and Peggy Patch could visit a soap factory and make it thrilling, or Brum would only have to visit a park to get his kicks.

B-sides 'Put On Hold' and 'Pink Christmas' continue the stuttering, cluttered pop theme. The former toys with phone-engaged tones, vocals part-human part-automated, still fixed in a wide-eyed expression of awe. To try and stick some neat summary around this mass of fun is never going to work, but taking The Jackson 5’s perfectly executed pop hooks and Misty’s Big Adventure’s grown-up approach to juvenile exuberance would end up sounding something like this single release. Only one caveat emptor – these levels of high spirits will probably grate with the permanently morose, as melancholy is not a word in the Envelope’s vocabulary.