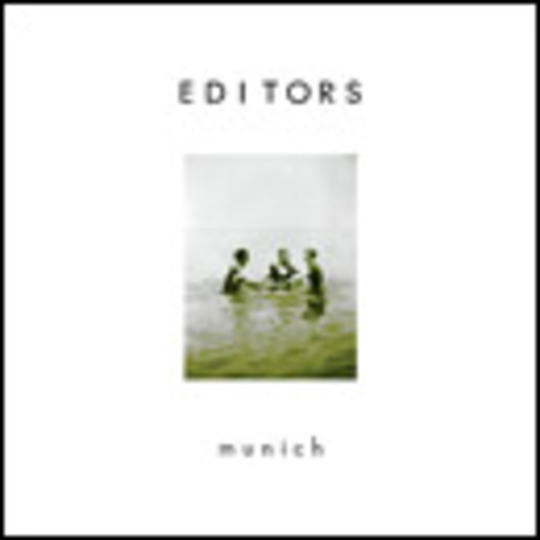 Okay, let's get it out of the way first. Editors singer Tom Smith has a baritone voice and will thus be compared to Paul Banks or, if he's very lucky, Ian Curtis. Their music is gloomy, romantic and urgent, making comparisons with either singer's respective band inevitable.

But it doesn't matter who you sound like as long as you're good, and here is their second great single. Following on from the success of 'Bullets', a spine-chilling guitar riff introduces 'Munich' to the world. Smith's lyrics are just as foreboding. "I'm so glad I found this" he claims, but you get the feeling he might be lying.

"It breaks when you force it / it breaks if you don't try" he ponders a little later, seemingly recommending a compromise between the two extremes. There's nothing middle of the road about this song, though; to my ears it's one of the best 2005 has offered thus far.