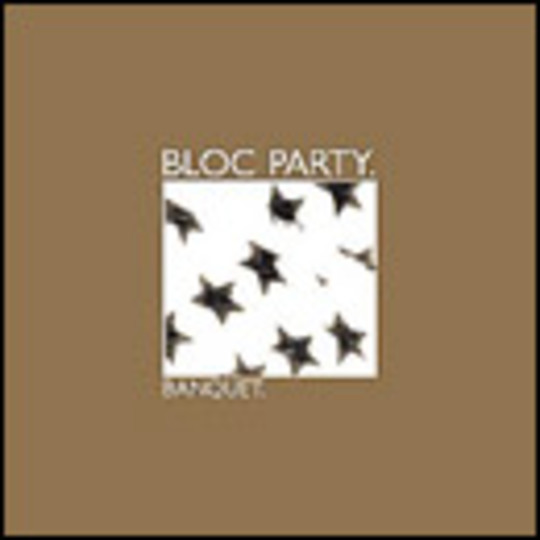 A band shuffle onstage and after that weird noise that sounds like a porpoise giving it large down the local, they defiantly strike up; the shimmering, heavily affected shards of guitar catching each and every one of the several intricate beats prowling a path through the song red-handed. The notes and tension soar in unison, all intrigue and straight-talking pomp. A million teenage midnights, wrapped up in rhythm. In the bitter-sweet drama that unfolds, the players reach out from pitch darkness in an effort to exchange rose-tinted stories about those times when the pace of life starts to exceed you, and the ensuing battle to retain any kind of purity looks lost. After just under three and a half haunting minutes the fiery-eyed singer brings the onscreen exchange to a gasping climax, wailing into the wishing well that the band behind work manfully to build; his face showing feet on the brink of a swandive down into its depths. But a blast of guitar and an explosion of white noise later, and our soldier boy is up on his feet, and marching again.

The new video for this re-release is good, but doesn’t quite match up to that first time I saw Bloc Party stranded and burning up on the box; as a single, however, its initial resonance echoes through every listen. ‘Banquet’ is what happens when you’re as socially aloof as Mark E. Smith, but are cursed with the romantic heart of Robert Smith; a confliction between an innate reticence and the need to communicate. The end result is a song that retains all the sharp-edged cool of obvious contemporaries Franz Ferdinand, but is infused with ten times as much soul and passion. Pay no mind to the hype; the tall talkers will have to fight tooth and nail to knock down what they are only just starting to build up, this acutely painful, utterly sincere portrayal of the loss of teenage innocence is life-affirmingly special.