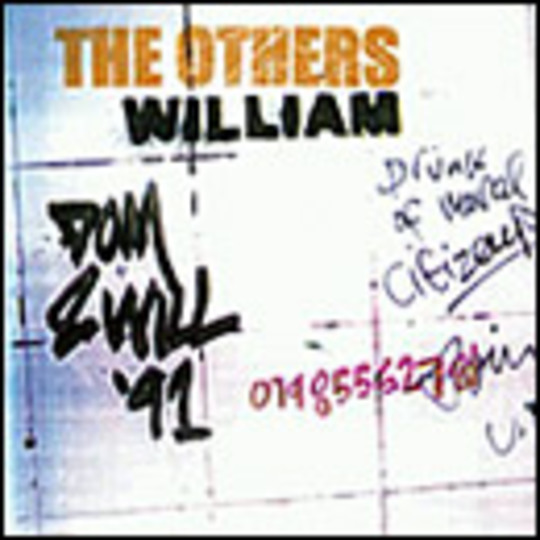 Attention hipsters! You know that strange, guilty rush you get when you know you really like a song, but admitting as much to your friends would be tantamount to indie treason? Don Henley's ‘Boys of Summer' for example. Or, to continue a theme, Bryan Adams' ‘Summer of ‘69'. Songs that evoke that longing for a rose-tinted teenhood, back in the hazy, humid days when all that mattered was mates, booze and barbeques, and every house party was better than the last? The good old days. The ones before all those mates started hating each other. The ones before everyone got jobs and grew older in direct proportion to how much coke they ingested.

If any semblance of wistful nostalgia still courses through your veins, then maybe, just maybe, the distilled punk rock adrenaline rush of The Others ‘William' is enough to reawaken that youthful zeal. Here, Dom Masters stops trying to talk us all into becoming crack-smoking, transsexual-banging class warriors and instead puts that call-centre charm to use; turning travel-agent, selling dirt-cheap tickets to yesterday, with this ode to teenage friendship. The band, as ever, are there simply to create the soapbox that their mouthpiece mounts so willingly, but on this occasion the soaring guitars overpower the driving basslines that usually dominate their records, and to good effect. That's not to say that this is by any means an exercise in musical mastery, (shock horror, I'm sure), but this defiant mixture of new US style punk rock, (think Bouncing Souls, Ann Beretta), and Masters' very English ‘Nasal Whine(TM)' makes for a near-perfect three minute barrage of punk rock that hits all the right buttons.

Above all, this is a teenage record. For those people who face their adolescent years with an embarrassed, self-conscious grimace, this is undoubtedly a record that will grate; the simplicity of Masters' lyrics and the golden, three-chord, chorus/verse/chorus formula that marks most ‘classic' punk rock perhaps being too far removed from whatever post-ironic-hardcore obscurity they now favour. Admittedly, there is the feeling that sometimes Masters' must realise the extent of his own lyrical naivety, and so too his motives might be called into question. But it is not so much the naivety, but the pure innocence of this record, that is so appealing. The soundtrack to the days you spent forming your sixth form manifesto, playing music in shitty local bands, standing up for anything, standing against everything, just so long as you stood for something. No preconceived ideas, no jaded hipster rhetoric, not even any need for lyrics that make sense, just a feeling that sometimes, music can be right. If there isn't a single part of you that is lifted by this single, then I for one pity your joyless existence.

Between The Lines EP